Chance to lead ethical use of AI 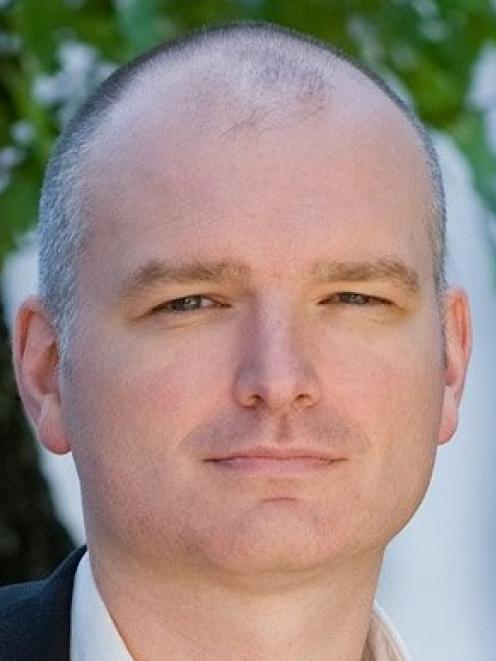 Colin Gavaghan
The Government announced recently it was formalising its relationship with a University of Otago research centre that has been working on artificial intelligence. Reporter John Gibb spoke to its director, Associate Prof Colin Gavaghan, about the government links and what they will mean.

The University of Otago is establishing an interdisciplinary research centre later this month that will further investigate the benefits and potential pitfalls of artificial intelligence.

The planned Centre for Artificial Intelligence and Public Policy will also continue the dialogue with the Government over a range of ``urgent'' AI issues.

Claims have been made that AI would boost the economy by up to $53billion by 2035, but controversies involving AI predictive analytics have recently hit government bodies, including ACC, Immigration New Zealand and the Ministry for Social Development.

Predictive analytics uses many techniques, including from data mining and statistics, and artificial intelligence to analyse current data to make predictions about the future.

He was very excited the Government was ``taking this stuff seriously''.

He welcomed the chance to ``work with government on an issue that has significance for a great many New Zealanders''.

In a recent poll, 68% of people had voiced concern about the potential for AI to make biased, unfair or inaccurate decisions.

If the issues were carefully and openly studied, New Zealand could present itself as a ``kind of role model'' and an international leader in the ethical use of artificial intelligence, gaining benefits while avoiding the pitfalls.

It was also positive for the university and Dunedin that the new centre could contribute to the national discussion on key AI issues, he said.

The first priority was to clarify which predictive analytics systems were being used by government bodies and how they operated, and to understand if there was ``anything to worry about'' and to be avoided, he said.

Government Digital Services and Broadcasting Minister Clare Curran announced last week that ``because of the importance of ethics and governance issues around AI'', she would be ``formalising the Government's relationship'' with the university and the new centre.

A ``formal relationship'' with the centre would give the Government access to ``high-quality, expert advice on the legal, ethical and policy issues surrounding algorithmic analytics'' and other new technologies, she said.

Prof Gavaghan, who is director of the university's New Zealand Law Foundation Centre for Law and Policy in Emerging Technologies, said he and Otago philosopher Prof James Maclaurin would be co-directors of the new centre.

The existing foundation centre would continue to explore a wider range of emerging technologies, while the new centre would focus on AI and draw together related research initiatives on campus, including the Artificial Intelligence and Law in New Zealand project, Prof Gavaghan said.

Predictive analytics are used to predict reoffending risks in parts of the United States judicial system, and there have been concerns that the system there could contribute to racial bias.