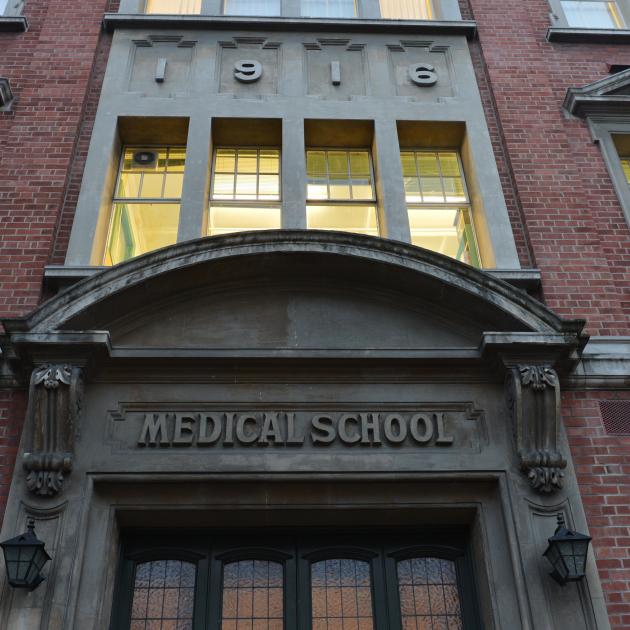 Selection processes that determine who gets to walk through the doors of the Otago Medical School to study there are under scrutiny. PHOTOS: PETER MCINTOSH
Some students who achieve outstanding grades are missing out on selection for the University of Otago’s medical school. Others are given preferential entry. Is the system equitable and what is best for the future of the health workforce? Grant Miller reports.

Is it fair if a student is turned away from second-year medicine despite averaging 93% in their first-year papers while peers who scored 73% gain entry?

Is it equitable if a population group suffers from worse health outcomes than other groups and if that group is also under-represented in the health workforce?

Debate in recent weeks has principally been about the extent to which students from minority groups should be given priority entry to the University of Otago’s medical school.

One knock-on effect from a high number of students qualifying through the preferential pathways is that students with outstanding grades in the general pathway can miss out.

A legal challenge before the High Court to the way medical school admissions worked this year is expected to cover that ground.

University leaders, too, are considering whether changes should be made to the system. What happens now is students from minority groups — Maori, Pasifika, rural, low socio-economic and refugee — are given priority. Most of the 2020 medical school intake gained selection through those pathways. And if the number of eligible Maori students, for example, exceeded their proportion of the population, all went through.

One reason for giving minority groups a boost is New Zealand needs a diverse health workforce. However, one idea suggested in a university discussion document is that limits should apply to preferential pathways. That idea of caps was debated at a medical admissions committee and, when student group leaders found out, they were alarmed about such suggested changes.

University leaders have had to provide a series of reassurances, including consistently affirming that a formal proposal for change is not yet on the table.

Health sciences pro-vice-chancellor Paul Brunton concedes that, if university leaders had their time over again, they would have run things differently. He has stopped short of apologising for the university’s handling of the situation.

Why should minorities get a boost?

Key population groups in New Zealand’s health workforce are under-represented. For example, Maori make up 3.4% and Pacific people 1.8% of the medical workforce. The proportion of the total population who identify as Maori is about 15% and, for Pacific, about 8%.

The committee has argued producing more Maori and Pasifika doctors results in whanau feeling more comfortable about seeking treatment, the increased number of graduate doctors has lately caused a tangible shift of culture in hospitals and "this must continue to make a difference in health outcome inequities".

Prof Brunton says there is good international evidence students from rural or minority backgrounds are more likely to choose careers that provide health benefits to these communities. 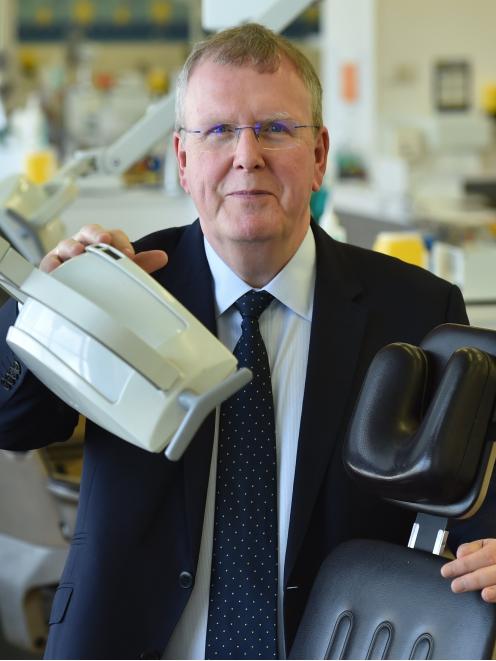 University of Otago health sciences pro-vice-chancellor Paul Brunton says the university has an obligation to train health professionals who, as a group, are equipped to meet the health needs of New Zealand’s diverse communities.

"Maori health professionals are heavily drawn on to not only meet the needs of Maori individuals, but also to provide advice into their professional bodies, supporting colleagues and workplaces and providing important links into Maori communities for health and healthcare.

"For Maori, there is, in addition, a Tiriti o Waitangi obligation to ensure equitable participation by Maori in the health workforce. For students from rural, Pacific, low socio-economic and refugee backgrounds, a social justice rationale applies."

The university introduced the Mirror on Society policy in 2012.

It was designed to ensure the student intake into health professional programmes — medicine, dentistry, physiotherapy, pharmacy, radiation therapy and medical laboratory science — was diverse and reflective of the New Zealand population.

Low socio-economic and refugee were added this year as priority pathways — the others being Maori, Pasifika and rural.

Has the scheme developed the speed wobbles?

The success of the scheme in recent years is reasonably clear.

In a joint statement released last week, university vice-chancellor Prof Harlene Hayne, Prof Brunton, Maori development director Tuari Potiki and Pacific development director Tasileta Teevale pointed out this compared favourably with 2015, when the proportions were 9% for Maori and 3.7% for Pacific.

"However, it is important to acknowledge that increased diversity has not been achieved evenly across all of our professional programmes," they said.

"Medicine, to date, has been the leader in this regard."

Not everybody enters medicine via first-year health sciences. Some students may have a degree in another field or health professional experience. Of the 199 places available in 2020 to last year’s health sciences first-year students, 117 went to those entering through the preferential pathways. That left just 82 places in the general pathway and competition for those places was intense.

Stuff has reported that general entry candidates in 2020 needed at least a 94% average mark from their seven papers to get an offer to go to medical school. And special category entrants needed to get a 70% minimum for each paper.

"University processes ensure that all students who are admitted to the programme are at an academic standard that equips them to succeed.

"The university does not consider that selection on academic grounds alone would produce the mix of graduates that the health workforce requires."

The possibility of a challenge was first raised early this year, court proceedings were served in mid-May and the statement of claim was filed about two weeks ago.

Prof Brunton says "it appears that the challenge will suggest that there are legislative limits on the university’s ability to determine the appropriate extent of its Mirror on Society admissions decisions".

University leaders said in their statement last week it had recently become clear the challenge would argue such pathways should be "limited by proportions of relevant groups as a whole".

"This principle, which would slow the rate at which a representative health workforce could be achieved, is not one that the university accepts and which it will strenuously oppose before the court."

The university has not ruled out capping the pathways in future.

"From an outside perspective, this may seem inconstant and confusing. However, we hope that people can understand the rapidly changing environment we are working in," Prof Brunton says.

What inspired consideration of change?

University leaders were initially coy about what led to the idea of caps on the priority pathways.

Prof Brunton has now confirmed the legal challenge was one of the drivers, as well as the Mirror on Society policy being up for review next year.

A university spokeswoman at one point said the possibility of change was raised out of concern relevant regulations be transparent and that processes for admissions, including Mirror on Society admissions, are not susceptible to legal challenge.

University leaders may also wonder if the scheme needs to be put on a more sustainable footing.

Where to from here?

No changes will affect applicants seeking entry to medicine in 2021. Adjustments could be made before the 2022 intake but extensive consultation has been promised.

Prof Brunton has indicated key questions to be addressed include: What are the targets and timeframes for working towards representation of key groups in the health workforce? How are these best reflected in admissions? He has indicated there could be a balancing act, weighing up all the admission pathways.

What that implies is the pace of transformation of the health workforce will be considered and that caps on priority pathways remain an option.

But the university has been clear the Mirror on Society policy is fundamentally sound. The final comment from university leaders in their joint statement suggests little wiggle room around the goal.

"We remain confident that all of the work currently taking place around medical admissions and our Mirror on Society policy will give us an opportunity to reconnect, recommit and set a suitably ambitious vision for workforce equity."

It's telling that a faculty with a famous law school didn't seek a legal opinion over the risk of a legal challenge before embarking on this course of action.