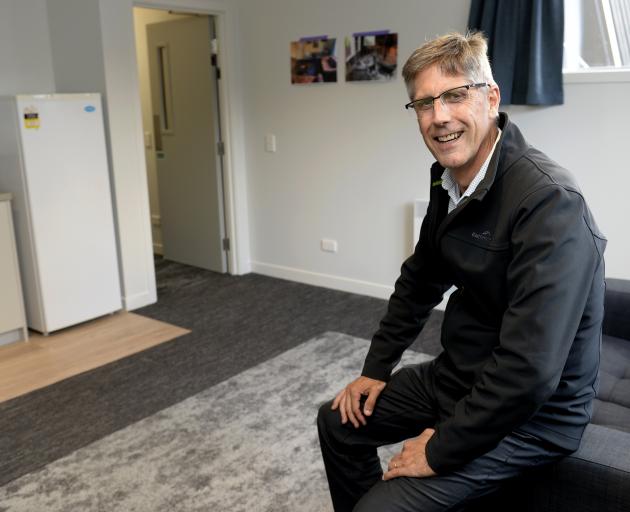 Knox College master Dr Graham Redding shows off one of the newly refurbished common rooms at the college on Friday. PHOTO: GREGOR RICHARDSON
A multimillion-dollar facelift of Dunedin’s Knox College has been completed in time for the start of the new academic year.

Knox College master Dr Graham Redding showed off the college’s new facilities on Friday, just a day before students were expected back for the start of their 2020 studies.

The $3.6million upgrade involved the renovation of four accommodation blocks — Marshall House, Glendining House, Mackay House and Wilson House — which were in ‘‘a tired state and in urgent need of an upgrade’’, he said.

That included adding four new bedrooms, as well as new bathrooms and laundries, the refurbishment of common room spaces, and the addition of double-glazed windows and insulation, he said.

The work also included installing a new sprinkler system and fire safety doors, among other changes.

New common rooms have also been added in the four accommodation units that comprise the area of the college known as ‘‘The Close’’, he said.

The 110-year-old college — the second-oldest residential college in the city — is owned by the Presbyterian Church.

Work on the refurbishment followed an earlier $12million redevelopment, including earthquake-strengthening, which was completed in 2012-13.

The subsequent refurbishment work completed the physical upgrade of the college, he said.

He thanked contractor Logic Group for its work project managing the refurbishment.