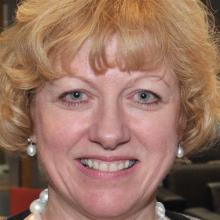 Sharon van Turnhout.
The University of Otago is likely to face losses this year and next, before returning to a state approaching normal in 2022.

Fallout from the Covid-19 crisis is showing up in the university’s finances, although chief financial officer Sharon van Turnhout yesterday said while the final impact was impossible to determine, income this year would certainly be down.

‘‘Up to the end of April, the loss of student income, mainly related to international students who were unable to come to New Zealand to take up their course, or who returned to their home country before the borders closed, was $3 million, and the loss of other income was $2 million,’’ Miss van Turnhout said.

A $200-a-week rebate for residential college students during the lockdown was among the other reasons for a drop in income.

The combined $5 million dip was more than offset by savings from such things as lack of travel.

Miss van Turnhout expected the rest of the year to remain challenging and she told a university council meeting this week deficits could be expected in 2020 and 2021.

The university originally budgeted for a $6.4 million surplus this year.

Miss van Turnhout indicated to the meeting a loss of $13.5 million was likely this year.

Afterwards, she said the estimate was made some weeks ago and some variables, such as a quicker-than-expected move to Alert Level 1, had not been factored in.

She expected the university would recover to ‘‘fairly normal levels’’ in 2022, she told the meeting.

The university has assumed New Zealand’s border will remain closed in 2020.

The university has also had a slowdown in pushing ahead with capital projects because of the lockdown and borrowing will be needed from December this year.

‘‘Looking to 2021, let alone beyond, it really is far too early to make firm pronouncements about likely impacts,’’ Miss van Turnhout said.

‘‘Typically, though, recovery from the level of disruption Covid-19 has caused will take any organisation a year or more.’’