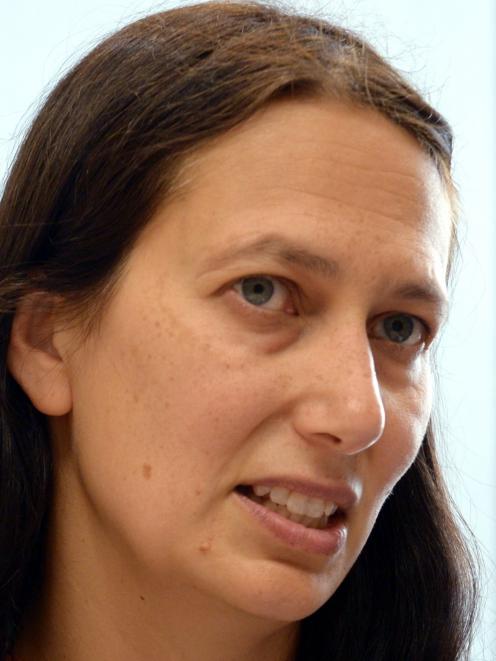 Jacinta Ruru
The sole Maori academic at the University of Otago law school for two decades has voiced intense frustration at the lack of Maori lecturers across the university's different departments, saying it is a ``crisis'' that needs to be fixed.

Fewer than 6% of the university's academics are Maori, while at the last census Maori made up about 15% of New Zealand's population.

Prof Jacinta Ruru, who in 2016 became the first Maori law professor in New Zealand, said the situation was ``a crisis'', and she wanted to see the university set ``rigid'' targets in its quest for population parity.

University leaders needed to ``realise that there is a real issue here''.

``I am the only Maori academic in the faculty of law, and have been for 20 years,'' Prof Ruru said.

Her comments follow a story on RNZ earlier this month where Maori academics at different universities reported feeling unsupported where they worked.

Prof Ruru, who teaches papers in Maori land law and law and indigenous peoples, said she would like to see Otago implementing more proactive measures, such as setting specific yearly targets.

Maori academics who were isolated in their own departments ended up going ``over and above'', bearing the brunt of supporting Maori students and liaising with the Maori community.

Her faculty had been supportive and her job was rewarding, but in the early days it was the Maori students she taught that inspired her to carry on.

It should have been the other way around, she said.

Prof Ruru said she predicted people would say that the lack of Maori lecturers was due to a lack of Maori students taking postgraduate qualifications.

However, that was ``not the situation'', she said.

Nationwide there were more than 800 Maori with PhDs.

``Many have wanted to be academics,'' she said.

She knew of graduates whose work had been published but who had not been interviewed for jobs.

Sometimes Maori academics also felt more of a sense of community with others in the same position, rather than with their own department, which created problems of its own - with people trained in other disciplines gravitating to Maori studies instead.

A university spokesman said the university had already made boosting Maori staff numbers to reflect the population a focus in its Maori Strategic Framework 2022, which includes other goals such as Maori student success and promoting the uptake of te reo.

Two aims set out in the framework were ``growing our own'' Maori staff, by supporting Maori students, and targeted recruitment of new staff.

Prof Ruru said she definitely ``welcomed'' the aspirations set out in the framework, but was looking forward to clear action plans.

``Who is the university working with to generate ideas to increase Maori in academia?'' she said.

The university did not provide a response to her suggestion there was a bias towards employing academics who had studied overseas.

Other ethnicities that the racist universities discriminate against are:-
Samoan 3.6%, Cook Islands Māori 1.5%, Tongan 1.5%, Niuean 0.6%, Chinese 4.1%, Indian 3.6%, Filipino 1.0%, Korean 0.8%.
We need quotas to fix this crisis because the only way people can feel supported is by their own sex, race and sexually orientated people.
This should apply to students as well. Far to many privileged white women there now.

So now a law prof wants a race-based hiring policy to be made mandatory. Yet more proof that NZ universities — with OU and Massey leading the charge — have completely lost their way.

Why, exactly, should Otago University professors, when classified by ethnicity, gender, etc., exist in percentages that match the percentages seen in the general *NZ* population? I work in a department that is one of the most diverse in the University, in terms of gender and ethnicity. We are required to cast our net *globally* when we recruit. Maori may be underrepresented here relative to the general NZ population (5% versus 15%), but relative to *global* population proportions, Maori staff members are dramatically over represented in the University (5% versus 1/100th of 1%). How can an NZ-only-proportion-based-quota make sense when recruiting globally?