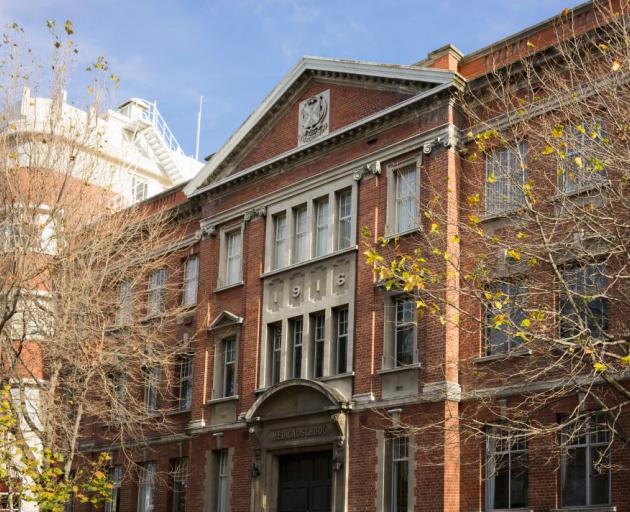 Photo: ODT files
The University of Otago looks set to bin a document that suggested changes to the way students from minority backgrounds are given priority in selection to its medical school.

The university is also expected to apologise to students.

University leaders have not confirmed a change of tack, but several student leaders say they have been told a discussion document that suggested caps on preferential pathways will be withdrawn.

Students also say the university has assured them that if changes such as caps were proposed in future, Maori and Pacific leaders would be involved in discussions from the outset.

Student leaders had written an open letter calling for the meeting because, as future health professionals, they were worried about suggested changes to medical school admissions.

Students from minority backgrounds — Maori, Pasifika, rural, low socio-economic and refugee — are given priority entry to health professional programmes at Otago as part of a drive to generate a health workforce more reflective of New Zealand society’s make-up.

The scheme, known as the Mirror on Society policy, is due for review next year.

Competition for medical school places is especially intense and the system has been under scrutiny amid a legal challenge and a suggestion emerged the priority pathways should be capped.

University leaders had struggled to outline why changes to the medical admissions system had been suggested or explain a lack of involvement from Maori and Pacific leaders in the initial stages of change being pondered.

They had conceded there were problems with the way they had run the process suggesting changes but, prior to yesterday, stopped short of apologising for mishandling the situation.

"We were extremely grateful for the opportunity to meet with the university’s senior leadership team and to have the platform to voice our concerns directly to those that influence changes within the university," Miss Kaw said.

University leaders acknowledged their processes had led to distress, she said.

Students had been assured any future proposal for change would start from scratch, she said.

University leaders had acknowledged the "Maori voice wasn’t included in early stages" of presenting the discussion document and that this had
caused hurt, he said.

"I’m happy it has been taken off the table.

"We begin again at point zero."

A comprehensive consultation process was put forward for the future, he said.

A university spokeswoman said Prof Hayne believed the meeting was positive but declined to comment further about a discussion not held in public.

"Students from minority backgrounds are given priority entry....."
The racist, discriminatory nonsense of Affirmative Action rears it's ugly head once again....

Personally, I want to see acceptance into the medical school based on competency rather than the make-up of society. But I'm funny like that.

I don't care what ethnic background my doctor has. So long as they can speak english and have actually passed all their exams does me. I sincerley hope any students who are given easy access to training are not given extra credit in exams and practise due to their skin colour.

Can the ODT confirm if these easy acess people are also given easy qualifications?

Where will this lead?. Does this same lower standard apply to minorities during the 5/6 year medical school exams ?. Therefore resulting in a lower quality of GP?. The people of NZ deserve the brightest and best in the medical profession. Another step back for NZ.

Pathetic. I want medical staff who are excellent. like we have now. Those who scrape through with a lot of support simply will not hack it. This is simply racism at its worst.

I'm not racist but......I'd still like to think that anyone practicing medicine was one of the better students from the Medical School cohort before he or she qualified.