The carcass of Carisbrook

The glory days of Carisbrook are over, leaving behind a derelict void in the heart of South Dunedin, but one key question remains: what, if anything, will rise from the rubble?

It was hallowed ground for more than a century. But the bulldozers have been and gone, leaving behind only piles of rubble and unanswered questions. Chris Morris explores the carcass of Carisbrook.

The weeds tell a story of neglect.

They sprout from cracks in the concrete and claw at piles of gravel now reaching for the sky.

The once-lush green playing surface is gone; so, too, the terrace and stands that once held tens of thousands of baying fans.

The sights, sounds and smells they brought with them have also disappeared, replaced by rodents, a ring of steel fences, padlocks and a silence broken only by trucks rumbling by.

A brick turnstile building that ushered fans inside on crisp, sunny afternoons and dark, cold evenings is still there. But it looks bereft - the only recognisable structure left in an almost unrecognisable wasteland.

A visit to Carisbrook is like stopping at a cemetery, only to find a desecrated grave.

It is almost too much for South Dunedin resident and rugby fan Sheryl Marshall, as she passes by on an afternoon stroll.

Like many, she grew up on the terraces and in the green wooden seats of the Rose Stand, cheering on Otago and the All Blacks.

Now, contemplating the void left behind, she can barely look.

"Yes, the new stadium is nice, but Carisbrook was Carisbrook ... It really was its own identity. And it's sad to see it gone.''

But the hush among the weeds and rubble has been matched by the silence coming from the former ground's new owner, construction company Calder Stewart.

For three years, since buying the old ground from the Dunedin City Council in mid-2013, the company's development director, Alan Stewart, has politely but steadfastly refused to discuss the site's future in detail.

Instead, a holding pattern has emerged - requests for comment eliciting bland statements about ongoing work to evaluate development options or discussions with potential parties.

Press for details, and the shutter slams down.

"These are commercial discussions which are not a matter we'd disclose to the media without client approval.

"When we're in a position to provide further information, I'm happy to advise,'' went a typical response from Mr Stewart in 2014.

The veil lifted slightly earlier this month, in response to fresh ODT questions, when Mr Stewart said the company "should be in a position to update some positive progress over the next month or so''.

The company was working with a client "on a significant project for Carisbrook, however in dealing with multinational companies, these things take time to bring together''.

But then the shutter crashes down again.

"We don't provide progress reports on our activity via the media, regardless of perceived public interest in the property,'' Mr Stewart said.

In the meantime, council staff reported no sign of any building or resource consent applications for the development of the site.

People living near the empty block had noticed an influx of rodents in the area, but few other signs of activity.

The exception was the appearance of surveyors and a drilling rig a few weeks ago, although they departed soon afterwards.

So the wait continues, and not just for development to take place. 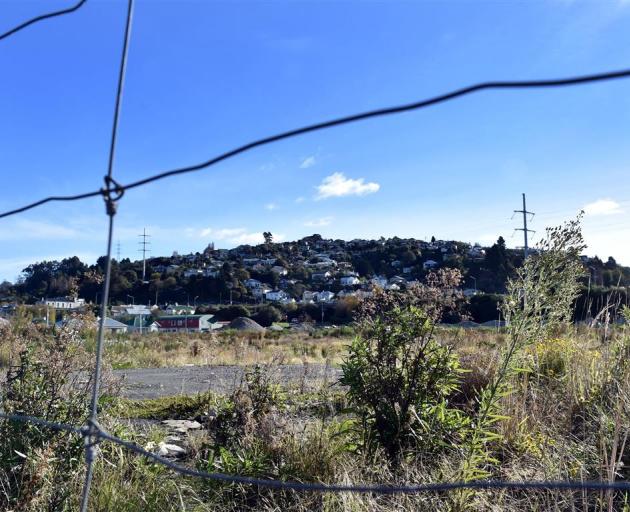 People living near the empty block have noticed an influx of rodents in the area. Photo: Peter McIntosh

A "pocket park'' encompassing Carisbrook's now-protected historic turnstile building is yet to eventuate, despite earlier talk by the Dunedin City Council.

And Calder Stewart was also still yet to pay a lump sum to the DCC after agreeing to buy the old ground for $3.5million in 2013, council staff confirmed.

The company had been given three years to pay, expiring on June 30 this year, and had so far contributed interest-only sums totalling about $420,000.

Calder Stewart had complied with a condition to demolish the old ground within six months of purchase, earning it the return of a $200,000 bond.

The condition was said by Mayor Dave Cull at the time to be designed to avoid the old ground becoming an eyesore.

"Nobody wants the thing sitting there mouldering away forever. If Calder Stewart ... was going to do anything, we want them to get on with it,'' he said in June 2013.

But questions remained over whether the company had complied with another key assurance not to simply "land bank'' the site.

Mr Cull, speaking in 2014, told the ODT the council had been given just such an assurance by Calder Stewart.

Mr Stewart declined to discuss land-banking when contacted again this month, and Mr Cull told the ODT this week now he could not recall any discussion about it with Calder Stewart. 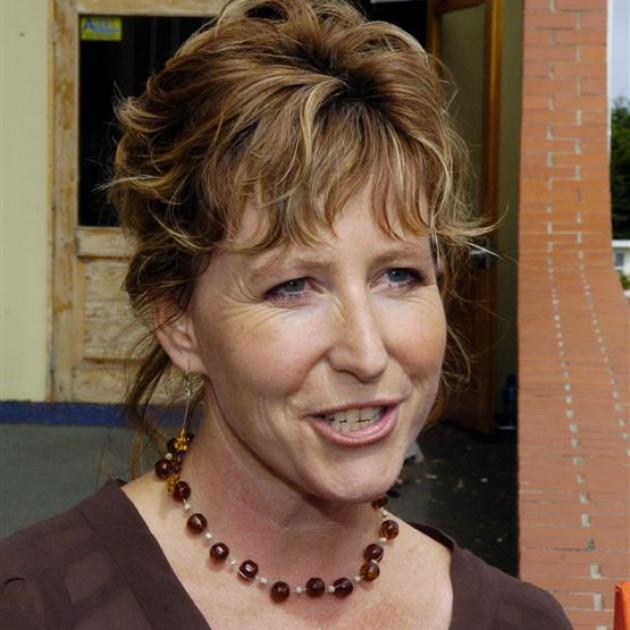 That wasn't good enough for Clare Curran, Labour's Dunedin South MP, who said she reached only one conclusion about the site.

"Calder Stewart are just land-banking the site,'' she said.

"What are they waiting for? And do they not have any kind of obligation to the city to be part of development?

"It's very disappointing that three years later it's still sitting there, mouldering away.''

Ms Curran said the council had "washed its hands'' of the site by selling it, but efforts to avoid an eyesore had failed.

"It's a massive eyesore now. It's a derelict site which is just a symbol of ongoing neglect,'' she said.

It was a far cry from 2009, when ideas for the future use of Carisbrook began to emerge as the city debated the merits of its replacement, Forsyth Barr Stadium.

The council bought Carisbrook from the Otago Rugby Football Union earlier the same year, in a $7million deal some saw as designed to protect the flagging union's fortunes.

But it soon found itself facing the prospect of finding a new use for a redundant venue, built on industrial land, that was accruing mounting costs for ratepayers.

At the time, visions for Carisbrook abounded, from a new home for a mixed-use development or housing to sports fields or a playground, or a conference centre or aged-care facility, or even a planetarium.

The ideas flooded in as the council staged public hearings, before eventually opting to on-sell the old ground to Calder Stewart for industrial development in mid-2013.

The council took a $3.4million loss from the sale and the ground itself took a hit as its fixtures were stripped away and the diggers moved in.

Among those suggesting alternatives for Carisbrook was Sport Otago chief executive John Brimble, who at the time proposed a new high-performance centre, pool and indoor complex at the site.

But, six years on, Mr Brimble told the ODT "the world's moved on''.

South Dunedin still needed new facilities, but that was being addressed, and some of those suggested for Carisbrook could now be found at Forsyth Barr Stadium, he said.

"I think in terms of the benefits overall to Dunedin, we've actually come out of it ahead.''

Asked if he saw a wasted opportunity when driving past Carisbrook, Mr Brimble said "not specifically''.

"There's no point dwelling on decisions that have been made ... my only concern would be that there's probably an opportunity cost sitting there for the current owners.

"It's just sitting there with piles of gravel growing day by day.''

Dunedin consultant planner Don Anderson agreed, saying the lack of development in the last three years was his "biggest concern''.

Calder Stewart "absolutely'' appeared to have land-banked the remainder of the site, and "they seem to have the capacity to hold them for a long time'', he said.

"It's not a sign of confidence in Dunedin, is it?''

In 2010, he suggested Carisbrook's manicured turf, and some of its facilities, could become the new home for outdoor sport in South Dunedin, freeing up Bathgate Park for a housing development.

Six years on, Mr Anderson accepted "time has moved on'', as Carisbrook's playing surface had been lost and last year's June flood raised questions about Bathgate Park's suitability for development.

Instead, Otago Chamber of Commerce chief executive Dougal McGowan said what was left of Carisbrook would appeal to an industrial tenant.

The site had good transport links compared to other parts of the city, and offered the chance to "start fresh'' on a cleared site.

He imagined a cluster of manufacturing, transport or engineering developments on the site, and expected Calder Stewart would be "working hard to investigate all sorts of options''.

"As a gateway at the moment into the city, it could be improved, but I'm sure in the next wee while hopefully we'll hear some plans [for] development there.

"It's about making the most of that site.''

Auto Court director Neil Cottle - who overlooks the site from his office across Neville St - said he would "love to see the site developed to complete the area''.

The company now occupies the former Carisbrook car park, sold separately by the council, which was successfully developed after flooding and contamination risks were addressed.

Mr Cottle believes Calder Stewart is probably still working to confirm a large anchor tenant, after which it will be able to find smaller tenants to fill the rest of the site.

To sign smaller tenants first could "muck up the site'' for any prospective large anchor tenant, he said.

"That would be the only professional way to handle it, and I'm sure Calder Stewart know more about this than most people in New Zealand.''

Enterprise Dunedin director John Christie said development of any sort would be desirable to put the land to an economic use and address concerns it was "an eyesore''.

"We would see it as a desirable thing for that piece of land to have an economic use, full stop.

"It's a matter of what can that land be used for, ideally to generate a return for the city, that has some economic value?''

Mayor Dave Cull conceded the site's development had taken longer than the council expected, leaving a "not particularly attractive'' view on the city's southern entrance.

"It's certainly not positive ... the views would be greatly improved by some urban renewal or industrial development,'' he said.

But the council had little option but to "cut its losses'' by selling to Calder Stewart, and the outcome was "the best we could do'', he insisted.

The city still needed industrial land for future development, if it was to attract new businesses and grow, even if that did not happen in the desired timeframe.

"I wouldn't want to see a shortage of industrial land develop and then find there are people crying out for it'', he said.

In the meantime, Heritage NZ was happy with the council's work to protect the remaining turnstile building, which was covered by a covenant, Otago-Southland area manager Jonathan Howard said.

Council property manager Kevin Taylor said the building had not been maintained in recent years, but options were being drawn up "to initially protect the structure while long term plans are finalised''.

But it seemed inevitable passers-by would continue to see more than piles of gravel and weeds when they glanced at the void that once was Carisbrook.

As Mr Cull said: "There will always be that nostalgia.''