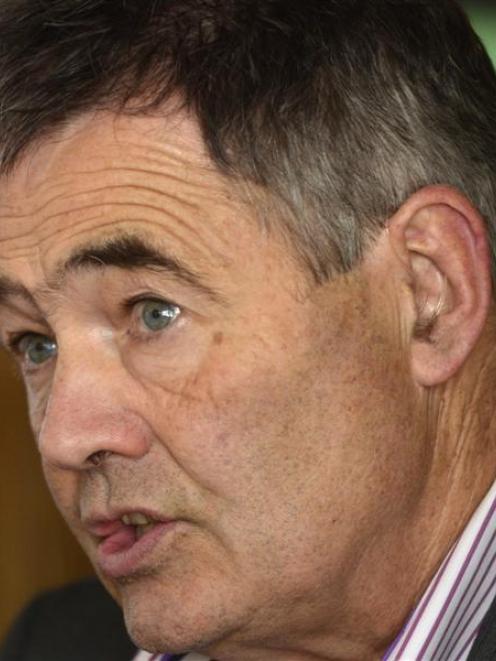 Dave Cull
The sale of Carisbrook to construction company Calder Stewart has been confirmed, but details of its future remain unclear.

That meant the company, not the council, now owned the ground.

''Carisbrook has been an ongoing liability to council and it's good to get it sold.''

However, what would happen at the site, other than an unspecified industrial development, remained unclear.

Calder Stewart has declined to discuss its plans, and the company's joint managing director, Alan Stewart, said in yesterday's statement only that was he was pleased to reach a ''satisfactory outcome for all parties''.

The company has obtained consent to demolish all grandstands - including the hospitality complex - at the site, leaving only the category one-listed Neville St turnstile building.

The turnstile, and the surrounding 400sq m of land, had been given back to the council at no cost, except for ''minimal'' surveying costs, Mr Cull said.

That recognised the turnstile building's historic significance and could allow the development of a ''pocket park'', he said.

The company would be refunded $200,000 as long as all buildings - except the hospitality complex - were demolished within six months, Mr Cull said.

That could shed more light on the council's loss on the deal since buying the ground - and surrounding properties - from the Otago Rugby Football Union for $7 million in 2009.

There were suggestions the council's total loss could be up to $4 million, if an earlier $2 million loan from the council to the ORFU was included.

The 1997 loan was repaid only by the ORFU using its proceeds from the sale of Carisbrook to the council.

Mr Cull said in yesterday's statement there was a shortage of industrial land in Dunedin.

''It is hoped the deal will lead to opportunities for investment and economic growth and help revitalise that part of South Dunedin.''