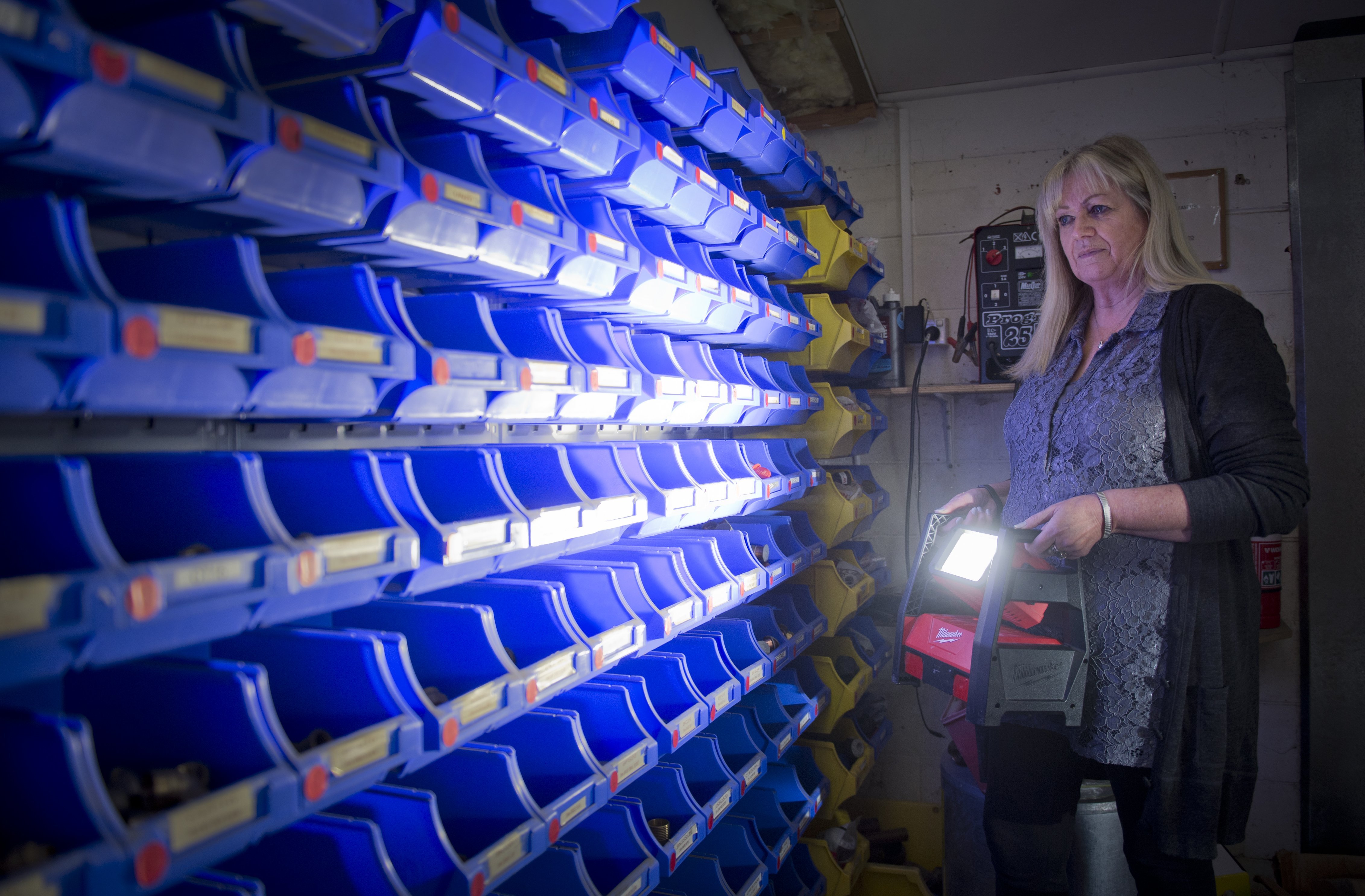 Barry Dell Plumbing co-owner Liz Carmichael says Meridian Energy could have done more to let her know that pole replacement in Mornington on Thursday would knock out the power to her around-the-clock Dunedin business. PHOTO: GERARD O’BRIEN
A Dunedin business says it was left in the dark on Thursday after a single email about nearby power pole replacements slipped through unnoticed two weeks ago.

Barry Dell Plumbing operates around the clock and provides emergency callout services, but the power unexpectedly went off on Thursday morning.

Co-owner Liz Carmichael said she missed the email notice on May 4, but she expected a more robust notification process from her provider, Meridian Energy.

After her inquiries, it offered her $50 towards a generator hire for her Dunedin business, which employs 25 staff.

The heating, lights, various machinery and the company’s computer network, including the phones, went down shortly after staff arrived on Thursday at premises in the South Rd.

Meridian head of customer care and delivery Rachel Herangi said the company received between 800 and 1000 notifications from network companies each week, and it relied on its processes "to do the best by our customers".

"We do rely on customers reviewing the planned network outage information that is sent to them, which always clearly states in the subject line, ‘planned outage’," she said.

An Aurora spokeswoman said in some instances the company made an additional courtesy call to large customers who were heavily reliant on electricity.

The company’s website said scheduled pole replacements left about 95 Mornington customers without power from about 8.30am to 5pm on Thursday.