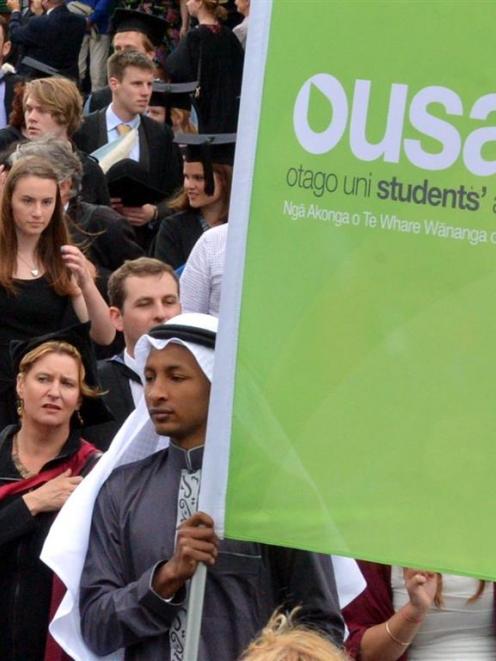 The 23-year-old, originally from Saudi Arabia, was one of three University of Otago students asked to lead the graduation parade while wearing traditional Middle Eastern clothing on Saturday.

Mr Barnawi said he hoped the statement sent a positive message about tolerance to the people of Dunedin, following recent debate about the arrival of Syrian refugees next year.

‘‘My point is we want to be part of society. We want to share their joy. We just want to contribute as much as we can,'' Mr Barnawi said.

He came to Dunedin as a high school pupil in 2007 and now felt his ‘‘thorp'' clothing, and other aspects of his Saudi culture, were more accepted in the southern city.

‘‘I feel like people are accepting it more now, and I'm feeling more comfortable now. People won't judge me because I'm from a different place.''

Placing the trio in traditional dress at the front of Saturday's parade was the idea of Otago University Students' Association secretary Donna Jones, with support from the university, she said.

The aim was to celebrate multiculturalism in Dunedin and encourage more ethnic groups to participate in the city's events.

The demonstration of support was timely, given recent debate over refugees coming to Dunedin, but not the reason for doing it, she said.‘‘I just think it's nice we have such a wonderful multicultural city,'' she said.