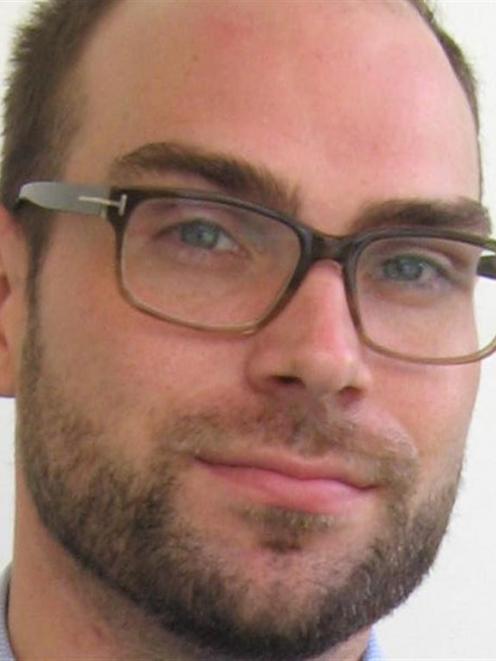 David Stuckler.
University of Otago public health academics have faced criticism - and name-calling - for trying to improve health and nutrition, so there was particular interest in a talk by prominent academic Prof David Stuckler, of Oxford University. Reporter Eileen Goodwin went along.

The "real politics'' of the arena included attacks aimed at individual careers, and attempts to create arguments and division within the ranks of health advocates, Prof David Stuckler, a professor of political economy and sociology, said.

Tactics used by "big tobacco'' appeared to be deployed by "big food'' companies, too.

"We confront powerful vested interests who make and manufacture products that when used as intended cause grave harm.''

Legal proceedings that had hit the tobacco industry meant documents were disclosed that blatantly spelled out the tactics, and it seemed the food industry was adopting similar methods.

On his New Zealand visit Prof Stuckler has spoken about his 2013 book The Body Economic: Why Austerity Kills, which details the impact of the global financial crisis on health, but in Dunedin he was asked to speak about big industry tactics in respect of public policy.

This was highlighted in the 2014 book Dirty Politics, which examined attack blog posts against New Zealand academics.

"Here in New Zealand, they call those of you working in public health ‘troughers','' Prof Stuckler said.

One tactic was setting up "pseudo'' health or science groups to attack health advocates.

There were also efforts to stir up debate and divide the academic community.

The tactics were designed to hold back progress on vital health concerns in order to maximise profit.

"When it comes to sugar, we're now about where we were 50 years ago with tobacco.

"Thanks to your efforts ... there is now clear evidence of harm [from sugar].''

Prof Stuckler is sceptical of moves to "partner'' with industry to make products safer, saying industry was unable to voluntarily change for the better because shareholders demanded profits.

This left regulation as the only proven way to improve public health. When people started to investigate industry interests, they found a "tangled web'' of interests.

The same directors often sat on several industry boards and were, in some cases, also appointed to the boards of organisations dedicated to good works. Trade pacts such as the Trans Pacific Partnership often made things worse.

"Products that are traded tend to be those with long shelf life ... They tend to be highly processed foods.

"Those countries that have entered into free-trade agreements with the United States, compared with neighbouring countries ... those countries have 60% higher consumption per capita of fizzy drinks.''

Prof Stuckler, who grew up in Texas, said the food industry managed to redefine certain foods to meet nutritional guidelines in schools.

"The food industry successfully convinced the US Congress that pizza is a vegetable.''

He cited one of his own published papers that showed industry-funded research was seven times more likely to favour the food industry's interests.

While most audience questions focused on big business, one person asked about "ingrained'' community attitudes that normalised "champagne breakfasts'' for breast cancer fundraising, despite the link between alcohol and cancer.

In response, Prof Stuckler said the best approach was introducing attractive alternatives to alcohol-based events, rather than "wagging fingers''.