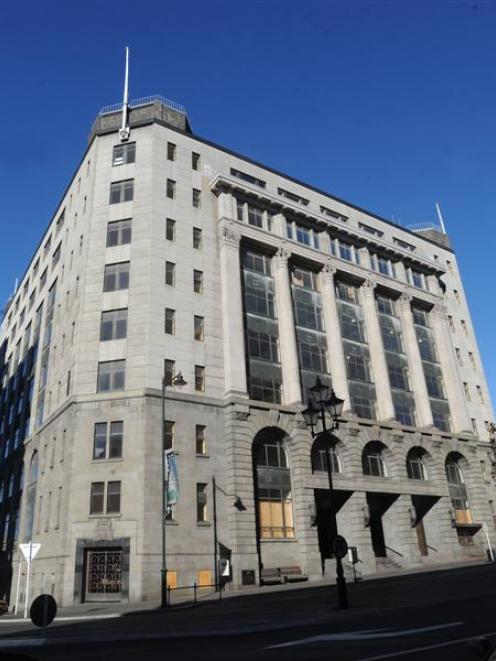 The 450 barrels of whisky, assets of the Malt Whisky Company, were acquired in October 2010 by an international syndicate of nine investors, led by Tasmanian businessman Greg Ramsay, which had since sold about 15% of stocks and still has about 380 barrels.

Mr Ramsay first mooted the idea of a Dunedin distillery more than a year ago and was in Dunedin recently to look at the former chief post office (CPO) in the Exchange.

He said the railway station was under consideration, but space there for commercial operations was limited, while the basement and cellars of the former CPO were better suited.

A Wilsons distiller for 21 years until 1995, Cyril Yates, was helping Mr Ramsay with site investigations, and said the former CPO was the better prospect. While also tight for space to produce 250 barrels of whisky a year, a bonded warehouse elsewhere in the city could be found.

About $1.7 million would have to be spent establishing a distillery, Mr Ramsay said.

There would be more than $1 million in set-up costs, plus $500,000 for annual production costs, while the present warehousing of the remaining original barrels in Oamaru would be retained.

Malt barley could be sourced from the South Island, but would probably be boosted by imports from Australia, Mr Ramsay said.

The Whisky Company has just exported its first two pallets of whisky to Canada, (a pallet holds 1584 bottles or 132 cases), while a two-pallet order to the United Kingdom was being prepared. The latter is made up of nine brands of the Whisky Company products.

The company was undergoing a very slow re-registration process to export to the United States, but otherwise was confident of landing orders. Sales in Australia had seen a quadrupling of monthly orders and in New Zealand sales were slow, but growing steadily.

As well as plans for the Dunedin operation, in tandem, Mr Ramsay said distilling could also be undertaken at a Nelson brewery which had some time ago purchased an original distiller owned by Wilsons distillery at Willowbank in Dunedin, which closed in 1995.

Brands now include the 10-year-old Dunedin DoubleWood blended whisky and 21-year-old South Island Single Malt, both of which had won recent international awards.

The international syndicate paid an undisclosed sum for the assets of the former New Zealand Malt Whisky Company, which was placed in receivership in February 2010 by South Canterbury Finance, owing an estimated $3 million.