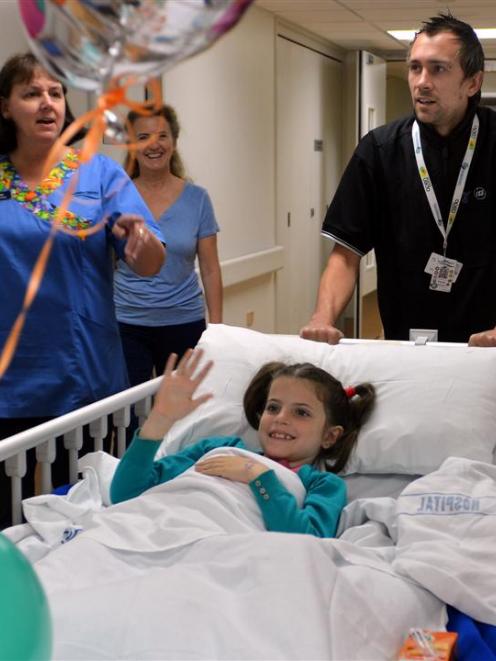 The 8-year-old was the first child to move into the ward on the first floor of the hospital's ward block yesterday.

Her new room had a blue feature wall - her favourite colour - an ensuite and a built-in sofa/bed for her mother, Blanca, if she stayed.

It also included the child assessment unit, where children came after being referred from a general practitioner, after hours medical service or the emergency department.

Children's Health clinical leader Dr David Barker said staff had been planning and waiting for the move for many years.

Yesterday, staff were moving the last of the equipment and testing the new as they welcomed children from the old wards, which were no longer fit for their purpose, he said.

''The whole area is purpose-built for children and their families. It has more space, is modern and is comparable to any other children's facility in a hospital this size.''

It was also notable in having its NICU and children's ward adjoining, he said.

There were single rooms to give children and their families more privacy, a light-filled play area, murals by Otago Polytechnic students on the walls and even a Snoezelen room for children who needed to be calmed or stimulated.

The new unit would be officially opened in February.