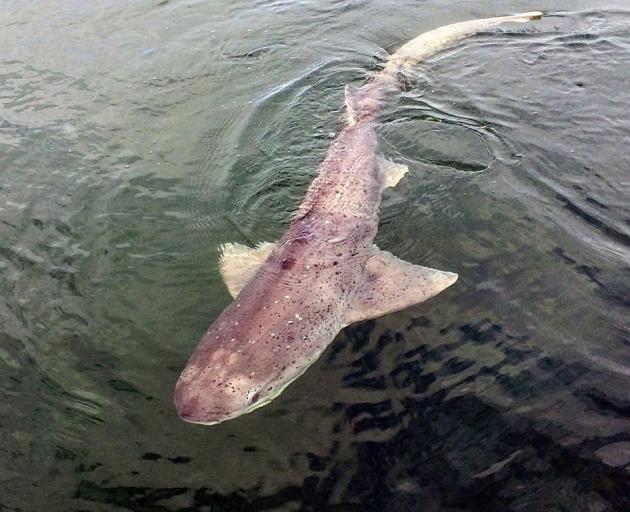 The project is run by the New Zealand Marine Studies Centre at Portobello and co-ordinated by Rob Lewis, an aquarist and educator at the University of Otago centre.

This citizen science shark monitoring programme aims to shed more light on mysteries about sharks off the Otago coast, and began in 2019, after gaining a $19,974 grant through Ministry of Business, Innovation and Employment ‘‘Curious Minds'' funding.

However, the lack of basic information about many species and their population structure had limited conservation, management and policy initiatives, she said.

The project aims to collect baseline data on sharks on the Otago coast, and elsewhere, to fill such gaps.

Organisers also seek to connect schools and the local community to their coastal environment through their project contribution.

Mr Lewis said that the project had been boosted strongly by a second more recent grant of about $20,000 of ‘‘Curious Minds’’ funding, although Covid-19 disruption last year had caused some delays.

The project had already worked with at least a dozen schools, and he planned to link more closely with other schools, in Balclutha and Oamaru.

Through the project, scientists and schools are collaborating to collect and analyse video data on local shark populations, including by making use of baited underwater cameras.

People are being encouraged to use the Shark Spy iNaturalist internet page to record sightings of sharks, taking a shark photo, noting the time and location, and uploading the photo to the shark spy section at the www.inaturalist.org internet site.

Alternatively, information could be sent to the Shark Spy Otago Facebook page or to shark.spy.otago@gmail.com via email.

The project funding is administered by the Otago Museum through a MBIE-funded Otago Participatory Science Platform.