By Mike Houlahan
4 Comments
Dunedin North MP David Clark’s political career hangs by the slenderest thread, after Prime Minister Jacinda Ardern yesterday said he would have been sacked from his job as Health Minister if not for the Covid-19 health crisis.

Dr Clark has admitted twice breaching Covid-19 Level 4 lockdown restrictions — for driving to a North Dunedin mountain bike track and for taking his family on a 20km drive to Doctor’s Point to visit the beach.

He declined to speak to the Otago Daily Times yesterday.

"She [Ms Ardern] and New Zealand are in the middle of a health and economic crisis like we’ve never seen in our lifetimes and so to change ministers right at the moment, I can understand why she wouldn’t," Mr Bridges said.

"That said, I think his position more medium-term is terminal. He’s been demoted, he doesn’t have her confidence and frankly, by the look of it, he’s not up to it."

A stern-faced Ms Ardern yesterday pulled no punches, saying that Dr Clark’s pivotal role in managing the Covid-19 response meant she felt unable to accept his offer to resign over the issue.

"What he did was wrong and there are no excuses, but my priority above all others is our collective fight against Covid-19 ... simply put, I determined we could not afford massive disruption in the health sector or to our response, because David Clark continues to possess what we require as our Health Minister to take on Covid-19."

Dr Clark was however demoted to the bottom of the Cabinet rankings and relieved of his responsibilities as associate finance minister.

Dr Clark had not tried to make excuses and was paying a price for his actions, Ms Ardern said.

"Under different circumstances he would have lost his job, and he knows that as well as I do, but we have to put New Zealand first and we have to put our response to this global pandemic first; nothing else matters right now."

A repentant Dr Clark earlier told the epidemic response select committee that he knew he had "stuffed up" and apologised to New Zealand.

"I feel that I have let the team down," he said.

"I have been an idiot if I’m frank, and I understand why people are angry with me.

"I don’t see that there is any excuse for my behaviour; that is why I offered my resignation."

While Dr Clark remains in his job, Ms Ardern’s comments suggest that is very much for now, and possibly for the duration of the pandemic lockdown; Ms Ardern refused to say if that was the case yesterday, saying that her focus was on Covid-19.

"I’m very aware that I need to rebuild the trust of New Zealanders," Dr Clark said.

"I will be working hard to do that through staying focused on my Health portfolio and the Government’s response to Covid-19."

Ms Ardern’s choices if she had opted to replace Dr Clark were limited; the three associate health ministers are inexperienced, and Labour’s other senior Cabinet ministers have heavy responsibilities already. 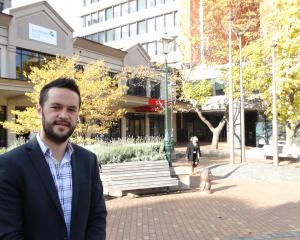 A straight arrow ... Straight up and straight down. A lot of luck in politics and most of it BAD!

What is it about Dunedin MPs — Benson-Pope, Curran, and now Clark. Why do we keep electing them?

Unfortunately most MP's are very shallow and arrogant with massive egos. It is always "do as I say not as I do. Clark needs to go as soon as the crisis is over. There is no way I would vote for him now.

"Clark’s future in doubt".
Err no it's not, he still holds the health portfolio.
Couldn't get any further from the "doubt' than that.