A troubled few months for Dr Clark, who Prime Minister Jacinda Ardern said in April she would have fired for breaching Covid-19 protocols but for the demands of dealing with the pandemic, ended yesterday with his resignation finally having been accepted.

Public opinion, which has been largely and stridently disapproving of Dr Clark in recent weeks, proved insurmountable, Ms Ardern saying she and Dr Clark had agreed that his presence in the role was an "unhelpful distraction".

"David has put the interests of the team ahead of his own." 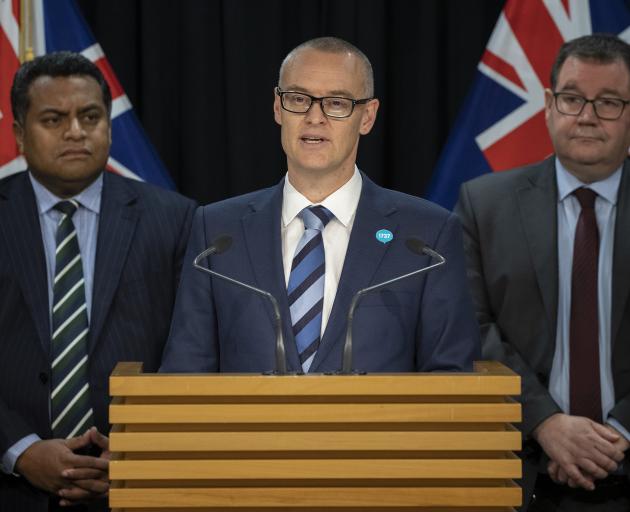 "I offered to resign because of the mistakes I made in a personal capacity during the lockdown. That wasn’t accepted at the time because in the middle of a global emergency that wasn’t the time. But things have moved on and things are on a more stable footing now.

"I feel now is the right time [to resign] because Covid is going to continue to come in to our borders, the pandemic is raging, and it is so important that we get that response right.

"I don’t want to be a distraction to that response."

Dr Clark said he remained committed to Labour and his Dunedin electorate and would continue to be the party’s candidate in September.

"I love being a constituent MP. The people of Dunedin are amazing people, and there is an opportunity to spend more time serving them.

"I will be asking for their support in the election to carry on that role."

Ms Ardern said she would consider a return to Cabinet by Dr Clark following a Labour election victory, but not to a health role.

"I have not closed that door: as I say, I do think Minister Clark has made a significant contribution to Cabinet.

Education Minister Chris Hipkins was yesterday named Dr Clark’s replacement, although Ms Ardern stressed that his appointment was only until the election.

Dr Clark’s position first came under stress in April when he twice breached Covid-19 lockdown protocols, firstly by leaving his home for a bike ride, then by driving to the beach.

Ms Ardern’s anger was obvious but Dr Clark retained his health portfolio, losing his associate finance role and being demoted to the bottom of the Cabinet rankings.

Dr Clark suffered a further reversal last week when footage of him stating breaches of Covid-19 quarantine regulations were an operational rather than a ministerial matter — which showed a seemingly crestfallen Director-general of health Ashley Bloomfield in the background — was widely distributed on social media.

Dr Clark paid tribute to Dr Bloomfield, and said it had been an honour to work with him.

"He is an exceptional public servant," Dr Clark said.

"Thank you Ashley and your team for the work you have done for our country during our most serious health crisis in a century."

As health minister he also oversaw two reviews, the inquiry into mental health and addiction services and Heather Simpson’s review of the overall health system.

Dr Clark said serving as minister of health had been an absolute privilege.

"The team must come first and New Zealand’s Covid-19 response is simply too important, in my view, so I have made the call that it is best for me to stand aside.

"I could not be more impressed with how New Zealanders and our health system have responded to Covid-19. The response from health workers has been astonishing and I want to take this opportunity to thank the medical, nursing and allied health workers who have kept us all safe by putting themselves on the front line."

David, do everyone a favor and don't stand this year

Taieri B - No, not everyone. Many of us admire him as a person and appreciate the work he has put into the health portfolio and the Dunedin community. He will be doing us a favour by standing again.