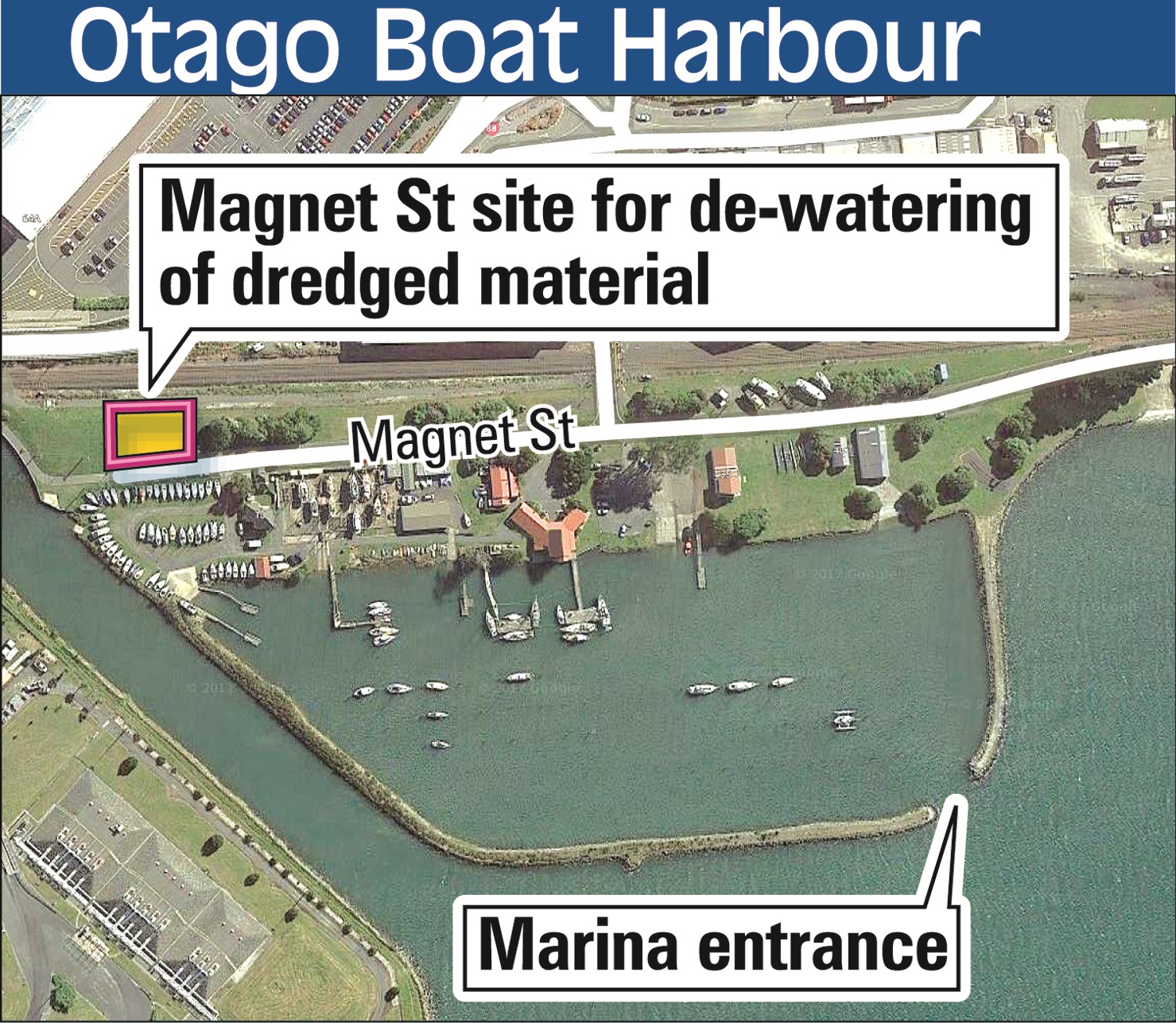 The Otago Boat Harbour is about to get its first dredging in more than 20 years, after the facility reached such a state rescue vessels could not leave the harbour at low tide.

The work, expected to start soon, has been described as a major achievement by the Otago Yacht Club, which leases the boat harbour.

Club vice-commodore Blair McNab said the cost of the project - more than $300,000 - was being paid for from grants and club membership fees.

''It's been a lot of hard work, a lot of people have put lots and lots of hours into doing it.

''It's a big achievement for the yacht club to get it all signed off and ready to go.''

The club recently received resource consent from the Dunedin City Council for the work.

The consent allowed the club to deposit dredged sediment and soil on land in Magnet St, behind the club, for drying.

Mr McNab said once the dredged material had been dried, which took about two weeks, it would be taken to the nearby Logan Point quarry.

The consent said once the work was completed, about 100cu m would remain on the grass area at Magnet St to form a barrier around its perimeter, and provide better drainage.

The consent decision said the boat harbour was in such a state that at low tide, craft used for harbour rescues could not get out.

Mr McNab said there had been ''a lot of red tape to go through'' as the club planned the work and organised finance.

''The club's been saving for it for a few years now.''

The harbour was last dredged in 1995.

Mr McNab said a contractor was ''ready to go'' and the project was just awaiting a barge that could hold a truck and a digger to do the dredging to arrive from Picton.

The club had hoped the Otago Regional Council might help with the cost of the dredging, as alterations to the Water of Leith meant more spoil was coming from the nearby mouth of the stream.

''That comes around and sucks straight into the yacht club.''

Mr McNab said it appeared the council was not going to help.

The build-up of sediment had also restricted when yachts could get in and out of the boat harbour.

At the moment it was only possible to get in and out for an hour to an hour and a-half either side of high tide.

How refreshing that the club have got off their collective butts and raised the funds themselves to pay for this work. It is such a rarity that a sporting group isn't just wailing that everyone else should pay for their hobby.

Maybe the cycling fraternity could take note - sometimes you have to pay at least some of your hobby costs yourself, not just take out loans that you expect others to pay off.