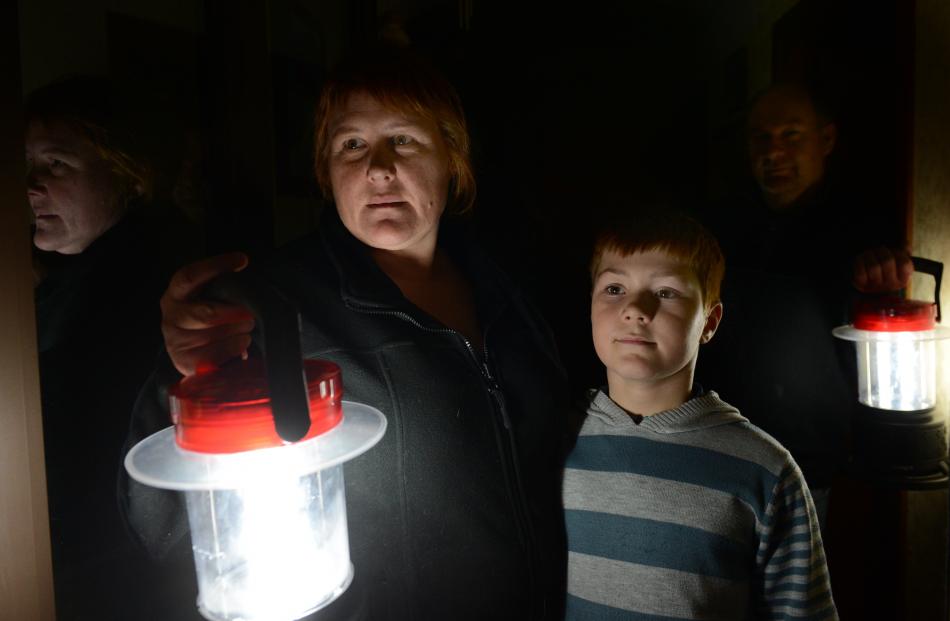 Kinmont Cres residents Michelle Bone, son Tyson and husband Paul were among those hunkering down in near-darkness last night, after flooding resulted in power being cut in the area. PHOTOS: PETER MCINTOSH 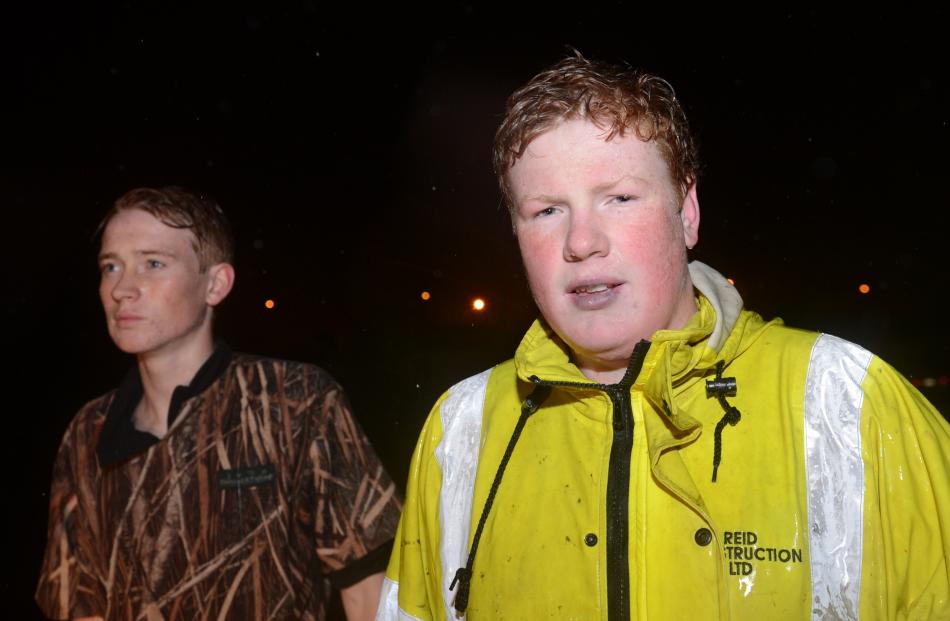 Their only comfort was each other, and the battery-powered lamps illuminating their Monopoly board, as floodwater lapped at their doorstep in Kinmont Cres, near Mosgiel.

Mrs Bone, husband Paul and their 10-year-old son Tyson were among hardy residents hunkering down after yesterday's flooding forced power to be cut in the area until the water receded.

Mrs Bone said most of those living near her had packed up and left, or been flooded out, but her family planned to endure.

They had no wood-burner, and the gas fire didn't work without power for its electrical starter, she said.

But they were able to cook on a gas burner, and were using other camping equipment to keep warm while playing Monopoly, she said.

''The house is pretty warm at the moment. Other than that, we'll just jump into bed,'' she said.

Further down the street, Tony Manukau had watched residents either side of him being evacuated as the water level crept up his front steps.

He spent yesterday afternoon moving furniture and electronics upstairs, but was reluctant to leave his home unattended.

''It's not nice not knowing what's happening to your house,'' he said.

Other residents on the street took matters into their own hands as flooding inundated more than 12 houses yesterday.

Adam Pearce (16) and Josh Hastie (15) used a small fibreglass dinghy to help evacuate about 10 elderly residents living on low-lying parts of the street.

Water up to 1m deep had washed through houses in the area, floating furniture around, partly submerging cars outside and scaring residents, they said.

The elderly residents were taken to friends and relatives' homes, but efforts continued in darkness as another resident, Mark Hastie, towed submerged vehicles free of the water last night.

''There's about two feet [0.6m] of water flowing through some of the houses down there,'' he said, pausing to gesture back towards the flooded street.