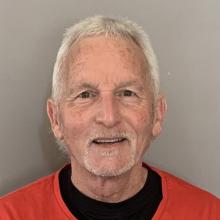 Michael Laws. PHOTO: ODT FILES
Otago regional councillor Michael Laws says the code of conduct complaint against him has cast a shadow over business at the council.

Cr Laws said he was not aware of any other code of conduct complaints against councillors this term.

He said he believed most councillors saw complaints as ‘‘not the best way to resolve issues’’ at the organisation.

While the deputy chairman and Dunstan ward councillor was willing to talk about the complaint against him last week, the council was not.

The Otago Daily Times reported last month a code of conduct complaint had been lodged by council chief executive Sarah Gardner against Cr Laws for negative comments about council staff in the ODT.

The ODT subsequently asked the council a series of questions about the complaint, including whether an investigation was complete and whether the investigator’s report would be public when it was discussed by councillors.

The council did not answer those questions fully.

‘‘The investigation is not complete,’’ a spokeswoman said.

‘‘We have nothing further to add at this time.’’

Cr Laws said that when he was mayor of Whanganui he talked people out of actions against other councillors and held face-to-face meetings between the parties to resolve disputes instead.

That approach led to much better outcomes, he said.

‘‘Code complaints immediately divide the parties into accuser and defender, and that’s not conducive to ongoing relationships,’’ he said.

‘‘The delay [from the time of the complaint to now] though has cast something of a shadow over council proceedings.

‘‘Chief executive v deputy chairman is never a good look, anywhere, at any time,’’ he said.

In a July 21 story on illegal dumping into the Clutha River, Cr Laws said it was ‘‘extraordinarily embarrassing’’ that the council had given advice to a company it later took enforcement action against for dumping construction waste into the river.

Then in a July 23 story about a report on public submissions on flow scenarios for the Manuherikia River, Cr Laws said he was annoyed staff had released the report which he described as ‘‘bogus’’ and ‘‘crap’’.

The complaint against him was consequently made in August.

Cr Laws said a draft report on the complaint against him from the investigator, Wellington lawyer Steph Dyhrberg, had been supplied to all parties involved.

They had made further submissions to the draft but the final report was still outstanding.

Meanwhile, Free Speech Union chief executive Jonathan Ayling has now written to Mrs Gardner asking her to withdraw her complaint and amend the council’s code of conduct to reflect that councillors represent ratepayers and not the council executive.

‘‘The union is concerned to learn that a code of conduct is being used as a gagging mechanism to silence an elected member,’’ he said.

‘‘We doubt it is lawful, and have offered our assistance to Cr Laws.’’

When Covid-19 alert levels allowed, the union would hold a rally at council premises, he said.