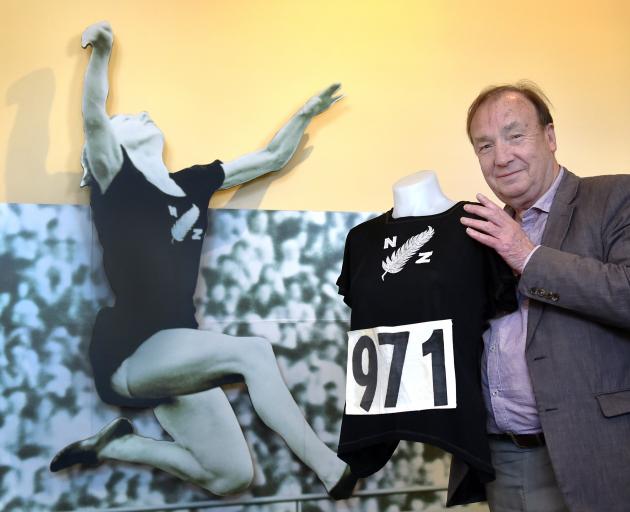 The hall, located at the Dunedin Railway Station, has been in the city for more than 20 years but issues, which have been simmering for many years, appear to have come to a head.

It is hoped the closure will only be temporary but there is no clear way forward for the hall of fame. It is running short of funds and had been hard hit by the effects of Covid-19.

Hall of fame board chairman Stuart McLauchlan said it had been a year of frustration for the hall and no progress had been made on securing more funding.

A review carried out by Sport NZ had been completed in January but nothing had come from it.

The group’s main funder was Sport NZ, which contributes $100,000 annually while the Dunedin City Council gave just under $47,000 in the form of a rates rebate. The hall needed another $150,000 annually.

Politicians had not provided the funds needed despite always saying how much sport meant to the country and wanting to support the hall, Mr McLachlan said

"We’ve been ignored by politicians. John Key and Jonathan Coleman came to the hall and promised things but then the government changed and it didn’t happen," he said.

"Until we can get some set funding, then we are just at the whim of the minister."

Sport and Recreation Minister Grant Robertson had been invited to visit the hall and look into the funding but had not taken up the invitation.

The hall has been driven by its chief executive, Ron Palenski, since opening in Dunedin in 1990.

"Politicians say they support it but no support comes in the form of money," he said.

"Sportspeople show a great deal of dedication and loyalty to New Zealand but it is not reciprocated by politicians."

Mr Palenski (75) indicated he would step down if someone else was willing to take over.

It is understood the Sport NZ report said the hall could no longer operate efficiently and essential action was needed for it to continue.

According to the report, to do nothing was not an option and staying in Dunedin was also not essential. It was suggested the hall link with a sports stadium.

Mr Palenski said the items held by the hall would be safe if the hall closed and they were insured.

The DCC was aware of the financial challenges facing the hall.

Council community services general manager Simon Pickford said it had worked with the hall and Sport NZ to find solutions.

"The DCC has been a long-time supporter of the museum and has provided funding on an annual basis for a number of years," he said.

"Requests for funding need to be weighed against competing priorities for the benefit of all ratepayers."

The hall made a surplus of $23,506 this year compared with $86 last year but the wage subsidy had helped it achieve that. It was closed for two months when Covid-19 hit.

Could the Hall of Fame be moved to sit under the High Performance Sport New Zealand (HPSNZ) umbrella? That is budgeted to spend $36.8 million in 2020 - surely it has funding for the $150K needed annually.

The Hall of Fame is NZ's archive of sporting excellence - so there should be some clear relationship with HPSNZ's past activities.