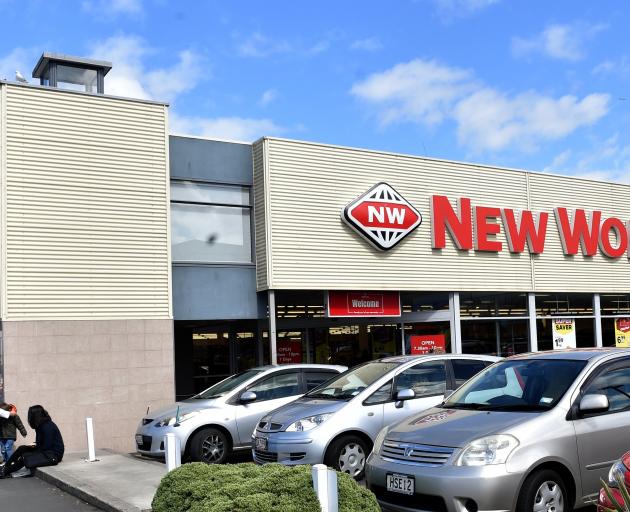 Photo: ODT files
Supermarket giant Foodstuffs is worried construction of the new Dunedin Hospital could cause serious headaches for its supermarket across the road.

The company, which owns New World Centre City as well as the surrounding Centre City Mall and Henry’s liquor store, said while supportive of the $1.47 billion hospital construction project, it could cause significant business disruption at its properties.

In comments to the independent consenting panel considering the Health Ministry’s fast-track consent application, lodged with the Environmental Protection Authority (EPA), the company sought assurances it would be consulted as an affected party.

It also wanted conditions imposed that mitigated some of the impact the first 18 months of construction would have on its businesses.

The noise and vibration over the first 10-week period — the removal of concrete slabs with a concrete breaker and the subsequent piling at the site — would affect its businesses, the company said.

It disputed the claim that Foodstuffs’ properties were not ‘‘noise sensitive’’.

Among its concerns around road access, the company said vehicle access to its properties, including from the one-way Cumberland St, must be maintained at all times.

And it sought assurances that St Andrew St between Cumberland St and Great King St would not be closed.

Access was needed for the roughly 50 deliveries at the shopping complex each day.

The company expressed concern that if on-street car parking was removed during the enabling works it would put pressure on Foodstuffs’ on-site parking.

‘‘The transport effects are assessed as appropriate on the basis of the effects are temporary effects and related to construction.

‘‘The potential adverse effects on business ... cannot be said to be ‘temporary’, especially when there is inadequate consultation, inadequate detail and no site-specific mitigation measures proposed.’’

Further, with work due to begin in February, there should be proposed management plans by now it could comment on, the company said.

‘‘Due to the prolonged period of the enabling works, it is inappropriate to rely on management plans where the detail of activities is to be approved by Dunedin City Council without any consultation with affected parties such as Foodstuffs,’’ it said.

The comments by Foodstuffs were among seven from organisations received and published on the EPA website.

All seven expressed support for the new Dunedin Hospital.

Generation Zero supported the project but called for priority to be given to pedestrians and cyclists over cars in traffic management plans, and said plans should include provisions for workers to be housed where walking, cycling and public transport was a good option.

The city council provided comprehensive commentary on the proposal.

Among the amendments to recommended conditions on the works, it called for a traffic-modelling assessment of the impacts of lane reductions or closures.

It asked for maps showing the location and traffic management measures proposed for the enabling works.

The council also called for consultation with the Otago Regional Council in case bus stops were affected.

The panel assessing the application will next call for comments on any draft conditions, before it makes its decision.

The Government introduced fast-track consenting for projects that can promote employment, while promoting sustainable management, to support recovery from the economic and social impacts of Covid-19.

Tough ... rip people off with overpriced groceries and admit there's pricing "collusion" between the duopoly of food suppliers ...
You deserve all that's coming your way, including night 'n'day ...