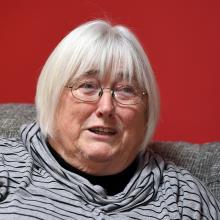 Marian Hobbs
A push to sideline some councillors from deciding whether Otago Regional Council chairwoman Marian Hobbs should be removed from her role has been labelled absurd.

The notion that they could be — and some councillors should therefore stay out of the leadership debate — was a fantasy.

Other councillors said they would be amazed if they were prevented from voting.

However, a request by the Central Otago Environmental Society that the matter be considered has been forwarded on by the council to the Office of the Auditor-general.

The office confirmed it had received a letter from the society.

Ms Hobbs is set to face a vote on her removal as chairwoman on Wednesday after nine councillors — a comfortable majority — requested an extraordinary meeting.

Cr Laws has said this is simply about choosing the best person for the role.

The society, however, argues many councillors have farming interests and that they have been subverting national freshwater policy.

"There has been a sustained move by a cabal of councillors to resist the implementation of previous decisions by the Otago Regional Council to protect Otago waterways," society chairman Ray Wright said.

In its letter, the society said although the councillors who sought the extraordinary meeting declared concern about Ms Hobbs’ leadership, "it is apparent that the issue is a specific one, with her leadership on protection of environmental resources, particularly water".

Several councillors said the Auditor-general’s office had already taken a careful look at conflicts of interest.

"There is no connection in what we’re dealing with on July 8 and conflicts of interest," Cr Andrew Noone said.

"The vote has got nothing to do with water," Cr Kevin Malcolm said.

"It would be quite amazing if the ability of councillors to choose the next chairperson was put at risk," Cr Hilary Calvert said.

"The letter besmirches the integrity of every councillor by suggesting they are in some way insincere."

Cr Bryan Scott, a supporter of Ms Hobbs, suggested expectations attached to the society could be unrealistic. Having water interests might exclude a councillor from a debate about water but the appointment of a chairman or chairwoman was all-encompassing.

Asked if the society felt voters had got their choice of councillors wrong, secretary Jillian Sullivan suggested the problem was more councillor conduct since the election.

She was content for the Auditor-general to look into the society’s concerns.

Ms Hobbs said she had no opinion on the society’s move.

"Stay out of Lake Hayes, ORC warns. Obviously, there is a problem with ORC implementing policy and rules to protect our waterways. The warnings on Lake Hayes as an example, the canary of our Otago waters, are regular these days, bit like Pyke river gas levels. Are those who represent the public and environmental interest just wanting business as usual, or to actually address and do something to reverse and protect?

It seems most unusual that the Central Otago Environmental Society thinks farmers can't have domocratic rights by viture of their profession. And indeed if that is a conflict then surely the Socierty must consider that councillors that have anti farming views should also be required to withdraw from the chairperson debate and selection. And really, simply being a farmer doesn't preclude firm environmental management views either. Being an environmental activist doesn't bestow upon you additional democratic rights and responsibilities, as an elected official or otherwise. This is more of a "we don't like the farming sector" so they must be bad and we must be right attitude. Sacraficing democracy is ok it appears if you think you hold the moral highground. Sadly for the Environmental Society it doesn't have the right to run roughshod over the rights of individual to express alternate and equally valid views.

Cr Laws, as a long serving councillor you must take some responsibility. The ORC has and continues to fail in protecting our local environment. It is you and your fellow councillors who voted Hobbs as chairperson and it is you by your own admission that has made this personal by saying that this all about personalities not poloicy. I am not questioning your integrity sir, I am questioning yours and your fellow councillors ability to do the job. Time for the government to step in and get rid of the lot of you!