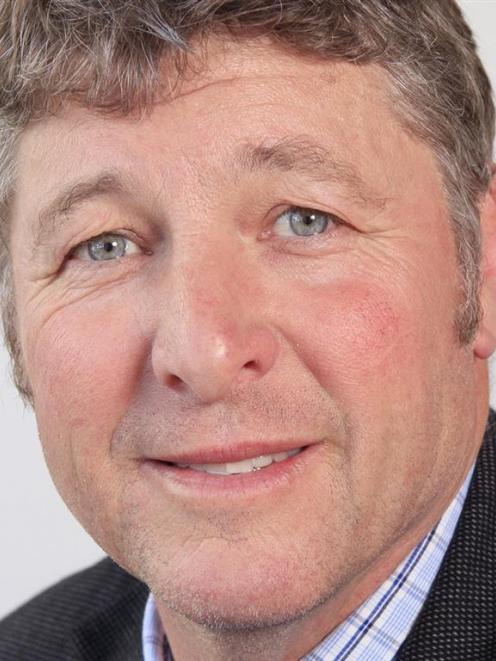 Andrew Noone
Failure to notify potentially affected building owners of plan changes has forced a consent hearing for new apartments to be adjourned.

A hearing to determine whether consent would be granted to build the four-storey, 25-apartment block at 97 Filleul St was held yesterday.

Since the application for resource consent was lodged by Neil Lyons in 2012, the height of the proposed building had changed, which hearings committee chairman Cr Andrew Noone decided had a ‘‘degree of uncertainty'' about it and deserved renotification to affected parties.

This would include informing the owners of adjacent buildings and some of the 13 parties that shared a right-of-way behind the proposed apartment block.

‘‘We recognise this is an important investment in the city and that's not prejudging any decision we may or may not make further down the track,'' Cr Noone said.

‘‘Clearly, that height difference ... is a concern for us ... and the effects associated with that change.''

The proposed building's height was greater than the district plan permitted, which was 11m.

In the original proposal, the apartment block would be 14.6m at the southeast corner.

The amendment to the application, which other building owners were not made aware of before the hearing, took the corner from 14.6m to 14.95m.

The amount of sun the building would block was the main concern.

Legal counsel for Mr Lyons, Shelley Chadwick, justified the height breach by saying it was difficult due to the shape of the proposed building, the steep angle of Filleul St and a pre-1900s retaining wall that all contributed to differing ‘‘ground'' levels.

‘‘This comes back to my issue with the site. It's not flat,'' Ms Chadwick said.

‘‘We're not talking Mosgiel here, we're talking about Filleul St which is very steep so it's a practical application.''

Ms Chadwick admitted the revised plan had not been circulated to affected parties before yesterday's hearing saying it was still being adjusted about 10pm on Tuesday.

Len Andersen, legal counsel for Sergio Salis, a co-owner of Vero House who opposed the apartment development, said the proposal was ‘‘misleading'' and consent should not be granted.

‘‘By my calculations ... the height is not from ground level. It's clearly taken from the top of the retaining wall, which is not what the [district] plan requires. Quite clearly it's misleading.

‘‘It can't be granted now because the said effects have not been properly assessed because the provided information is wrong.''

Consent was opposed by three of four parties originally notified including the owner of Bracken Restaurant, Kenneth O'Connell, Mr Salis and Chris Robertson and John Darling of 95 Filleul St for a variety of reasons including blocking sunlight, vehicle access noise and land stability issues.

Rod McLeod, the owner of three parking areas behind the proposed site, was at the hearing and had also made a submission opposing the development.

He was deemed ‘‘not an affected party'', in the original consideration by DCC staff.

A date for a continuation of the hearing had not been set yesterday.