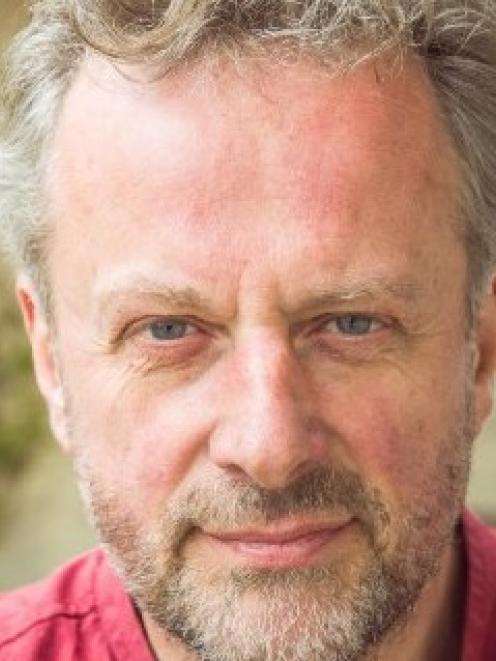 Lee Vandervis
Dunedin city councillor Lee Vandervis' actions will form part of a fresh fraud investigation inside the Dunedin City Council, after he claimed to have paid a backhander to secure a council contract.

Council staff have confirmed his actions would be examined by the council's internal auditors, Crowe Horwath, under the council's new fraud prevention policy.

The scrutiny would not be limited to Cr Vandervis, as ‘‘all aspects of the transaction will be investigated'', the council said in response to Otago Daily Times questions.‘‘It's too early to say what, if any, action will be taken,'' the statement said.

The move came after Cr Vandervis, speaking at last Monday's full council meeting, sparked a furious exchange after claiming he had given ‘‘personal evidence'' of his backhander to Mayor Dave Cull.

Vandervis statement around the 1.25 mark

‘‘I have told you personally of a relationship with a DCC manager where I had to pay a 10% backhander to get a contract,'' Cr Vandervis told Mr Cull at the meeting.

The claim prompted a visibly angry Mr Cull to call Cr Vandervis ‘‘a liar'' and order him to leave the meeting.

It was the latest public clash between the pair, and came after Cr Vandervis claimed earlier this year to have ‘‘plenty of evidence'' of tender fraud within the council.

He has continued to make the claim despite rebuffing repeated requests by the ODT to see his evidence, including four times since Monday's meeting.

Mr Cull, speaking last week, told the ODT it appeared Cr Vandervis' claims were based on allegations, not evidence, and ‘‘there's a difference''.

‘‘The extent of his evidence is the allegation ... he's made numerous allegations about [council] staff, both individually and collectively.

‘‘To my knowledge he has never produced any evidence.''

That included Cr Vandervis' backhander claim, first made in Mr Cull's office ‘‘about three or four years ago'', which related to a now former council manager and dated back a decade, Mr Cull said.

Mr Cull said he listened to Cr Vandervis' claim, and then referred him to the council's then-chief executive, Paul Orders, as required.

Mr Orders later asked for the evidence to support Cr Vandervis' claim, but none was provided, Mr Cull said.

It was a pattern that had been repeated in recent years over numerous claims, Mr Cull said.

‘‘I know that in each case that Cr Vandervis has made an allegation, rigorous attempts have been made to investigate, as best staff can, but [they] have always been stymied by his refusal, or inability, to provide evidence.''

Email exchanges released by the council, in response to an ODT request, appeared to support Mr Cull's views.

They showed council staff have repeatedly asked Cr Vandervis for evidence to back his claims, only to be met by silence, refusal or open hostility.

In one exchange, council group chief financial officer Grant McKenzie sent three emails to Cr Vandervis - in July, August and October this year - asking him for evidence to back his claims of tender fraud.

Cr Vandervis, in a reply on October 13, refused to do so, saying he was ‘‘no longer interested'' in supplying details, claiming information he had provided in the past had been ‘‘misrepresented'' by council staff.

The council appeared to be ‘‘incapable of properly investigating itself'', and he preferred to make his own inquiries, Cr Vandervis wrote.

In another, Mr McKenzie emailed Cr Vandervis in February this year, asking for information about what appeared to be ‘‘very serious'' allegations of fraud, involving an unnamed individual, made by Cr Vandervis to council chief executive Dr Sue Bidrose.

Cr Vandervis wrote back to ‘‘categorically deny the bizarre and absurd allegations'' attributed to him, and warned investigating them would be a waste of money.

In a third, on June 26 this year, Dr Bidrose urged him to front up with evidence to back allegations of fraud involving the town hall project and the sale of Stihl chainsaws and other equipment within the council.

‘‘You have consistently made allegations, but never offered any substance that would enable any form of investigation,'' Dr Bidrose wrote.

‘‘The last time I asked you for details of your loose allegations about inappropriate behaviour by some un-named staff member ... you replied ‘it is the whole f***ing department'.

‘‘I cannot investigate on that basis,'' she wrote.

Cr Vandervis declined again, claiming he needed access to council files - which he had been denied - before he could prove his claims.

‘‘I am no longer enamoured of, or looking for, your mode of investigation ... all you have to do is not hide it [information] from me.''

The council also asked Deloitte, during its investigation into the council's $1.5 million Citifleet fraud, to prepare a separate report covering claims made by Cr Vandervis and another councillor, Doug Hall.

The report, also released to the ODT, went through the pair's claims point by point, and concluded their views were largely unfounded, without evidence, or had already been remedied.

Council staff had followed up on Cr Vandervis' questions but Mr Bachop had lied in his responses, which were not independently verified, Deloitte found.

The council's approach in such circumstances had changed as a result of an overhaul of processes in the wake of the fraud.

‘‘His claims are clearly untrue.''