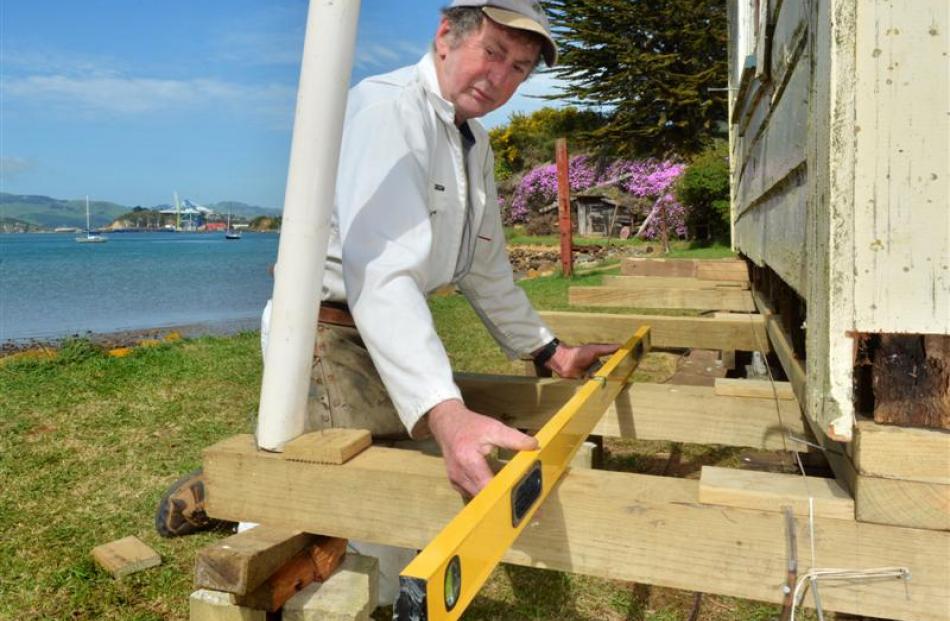 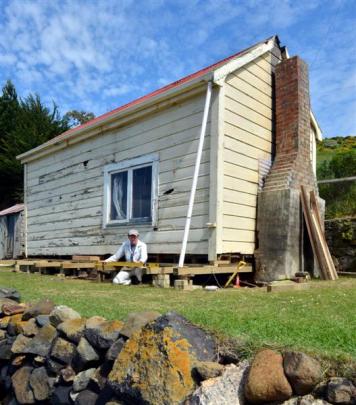 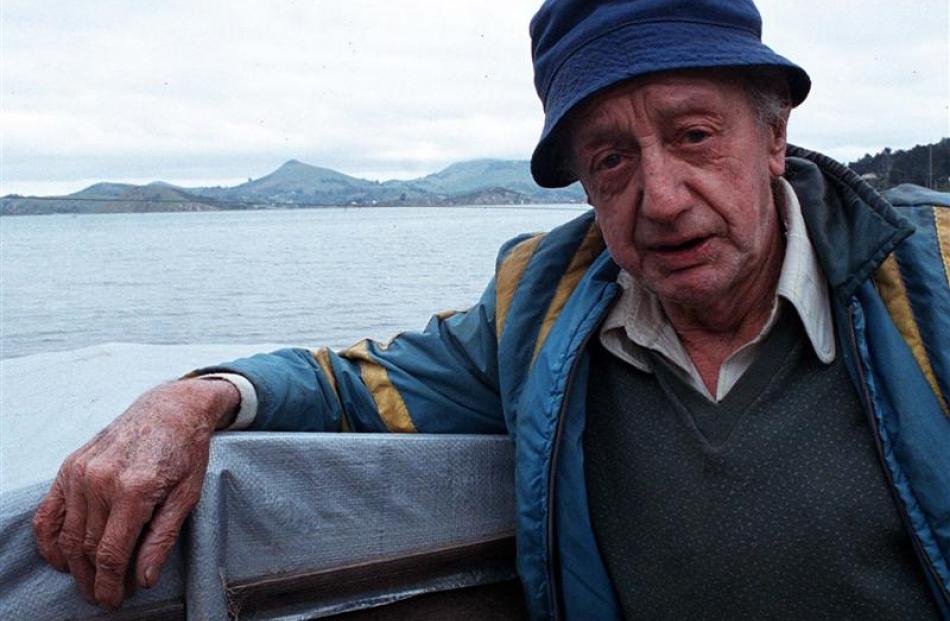 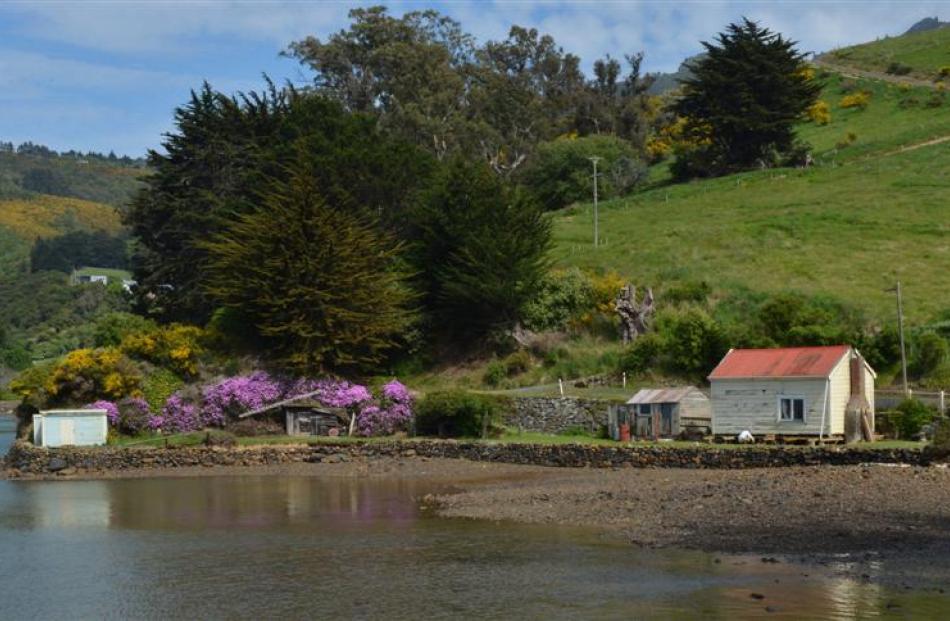 The house in Deborah Bay.

A family rebuilding process is preserving a piece of Otago harbour history.

A unique wooden cottage perched on the edge of Aramoana Rd, at Deborah Bay, is being restored by the grandchildren and great-grandchildren of its former occupants.

The 7.3m-by-3.7m two-roomed cottage was the long-time home of Deborah Bay identity Ernest ''Mungo'' Lewis and the house where he and his 16 siblings were born and raised.

The restoration, which includes re-roofing, re-piling and replacing the south and east walls, is being undertaken by Keith Lewis, his sons, Dwayne and Jason, and brother Mick, with the help of friends and support from Placemakers.

''The south and east walls had a lot of dry rot. Six years ago, there was just a bit of rot showing up. It's amazing how quickly it has deteriorated,'' he said.

''But, I'm quite confident we'll have most of it done by Christmas.

''The front has taken most of the wear and tear, so we'll make it weatherproof and then move around the back.

''We'll put in a replica chimney at a later date. It wouldn't have that characteristic look without the old chimney.

''Then we'll do a bit of landscaping and put a couple of picnic tables out, so people can enjoy the view.''

The two-roomed cottage is believed to have been built in the 1880s.

''The earliest we can put it here is 1905. We think it was a working men's cottage when the Mihiwaka tunnel was built. It would have been dragged around here on skids by draught horses.''

Keith and Mick's great-grandparents, Robert and Emma Lewis, arrived in Otago in the 1860s and Lewis St in Deborah Bay signposts the family's long association with the area.

Their grandparents, William and Adelaide, bought the cottage in 1906 and raised their family of 17 there on a diet of fish and rabbits.

Five other children who did not survive infancy were interred in the sea wall. The youngest sibling, Mungo, inherited the cottage in 1951 and lived there until his death in 2007, aged 83.

The confirmed bachelor was a popular local identity and his rejection of modern comforts, such as a telephone or electric stove, saw him feature in many newspaper articles and television programmes.

Keith said family and friends wanted to preserve the cottage as a tourist attraction and a time capsule of how life was once lived in West Harbour.

''We're just doing it for its historical significance. There's no real monetary value in the place. But, this is the only place like this on the harbour now. We want to keep it here for another 100 years.''