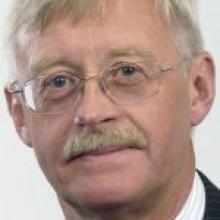 Chris Staynes
Those elected for Dunedin City Council will have a say in who becomes the organisation's next chief executive, despite concerns the process could become a political football.

Deputy Mayor Chris Staynes yesterday said a short list of candidates would be brought to Dunedin to be interviewed as planned, but would also meet Mayor Dave Cull and the city's 14 councillors for a question-and-answer session.

Councillors would have an opportunity to pass their views on to the council's appointment committee, headed by Mr Cull, which would make the final recommendation.

That was a change from the previous system used to appoint former chief executive Jim Harland, which was made after a selection committee made a final recommendation for the full council to debate and vote on.

It was confirmed earlier this week the council had received 47 applications to fill Mr Harland's post, with candidates registering their interest from as far afield as Australia and the United Kingdom.

Mr Cull could not be contacted yesterday, but Cr Staynes - another member of the selection committee - said the intention behind the new approach was to be more inclusive.

"He [Mr Cull] wants the council to be more involved and for that reason didn't want it done as a back room exercise.

"He wants councillors to be involved in the decision-making process," Cr Staynes said.

However, some councillors expressed concern at the move yesterday, with Cr Fliss Butcher saying the process was "a tricky one" that should be left to the EQI Global, the consultants responsible for identifying suitable recruits.

"Employing people in senior positions like that is something that needs to be taken really seriously, and it's a bit of a science, and I don't really think that doing it by committee is the best way to get the best outcome.

"Everyone comes with different agendas ... whereas if you're doing it as a [human resources] professional, you're looking for the best person for the job, not `How's this person going to be able to be manipulated to my political agenda?'."

Crs John Bezett and Bill Acklin both supported councillors having greater input on the short list of top candidates, albeit within limits.

Cr Bezett said he would not like to interview all 47 candidates, but would scrutinise the short-listed options.

"I would like to consider different options, but I certainly would not like to think any more than five or six candidates would be put forward for the council to consider."

Cr Staynes said the meetings would be a chance to focus on the short-listed candidates' work histories and achievements "in terms of organisational change and modern business thinking".