'The council feeds the ego of these simpletons' 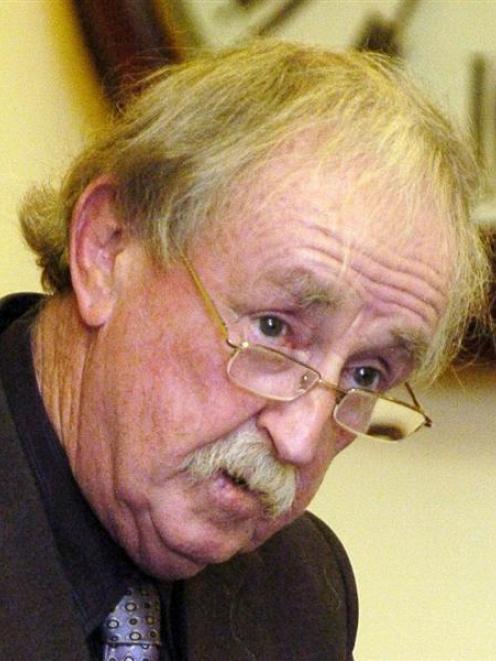 Maurice Prendergast
A member of the Mosgiel Taieri Community Board has implied his colleagues and those pushing for a new pool in Mosgiel are nincompoops and simpletons and lack talent.

Maurice Prendergast spent five minutes during the Dunedin City Council's hearings on the draft annual plan yesterday castigating those who supported the pool.

The council has proposed in its draft budget for 2014-15 to give $30,000 in ratepayer funding to a trust that would develop a detailed plan for the pool project.

The project has been promoted by the community board and other Mosgiel community leaders, some of whom had offered to lead a community trust to do the work.

Mr Prendergast, who was elected unopposed to the six-member board last year, is opposed to the project in its entirety, because he believes the council should be repaying debt instead.

''I don't want to personalise this,'' he told councillors, ''but we have a situation with this pool where it's being led by a group of individuals that don't have a lot of talent, and I know that's judgemental, but how else can I emphasise it?'

'He went on to say that there were people with huge egos and little talent in leadership roles throughout the country.

In his written submission, Mr Prendergast said a multimillion-dollar pool was not going to happen because the council had made it clear it had no money for new projects and everyone knew that, he said.

''So why isn't the council telling these nincompoops who dream of the grandeur of a new pool to get stuffed?

''Instead, the council feeds the ego of these simpletons by leading them to believe that their harebrained scheme has merit by slinging them $30,000 of `drop dead' money.''

Councillors noted Mr Prendergast's comments, and thanked him for his ''spirited'' submission.