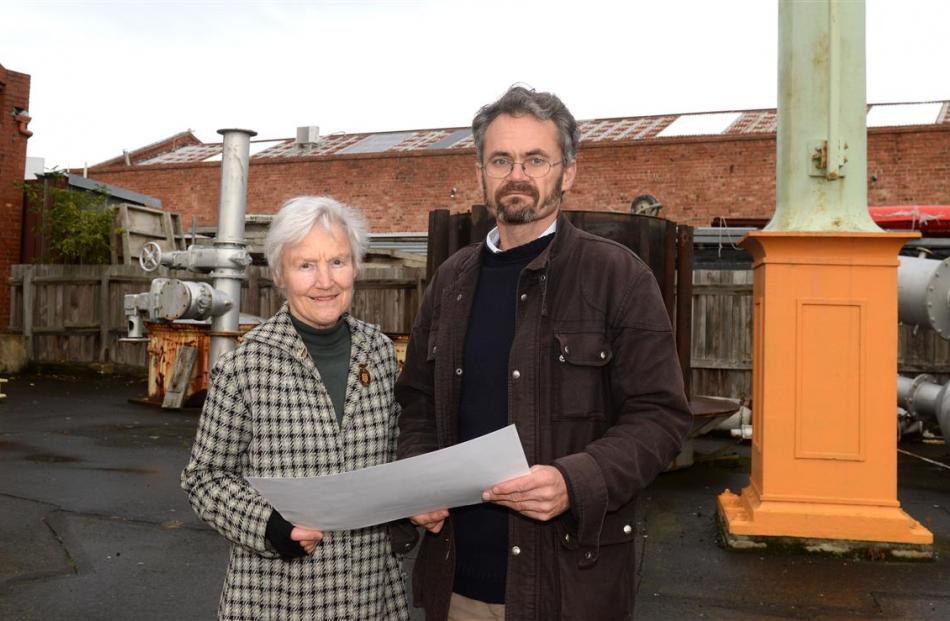 The Dunedin City Council is investigating buying three sites in South Dunedin to allow for the future expansion of the Dunedin Gasworks Museum and the possible development of a community hub.

Cr Lee Vandervis introduced the motion during the council's annual plan deliberations yesterday for City Property to consider buying sites at 1 Brandon St and 8 and 12 McBride St in South Dunedin to allow for the further expansion of the museum.

"We have, in the Gasworks Museum, an unprecedented gift of a museum that has taken countless hours of unpaid labour to develop,'' Cr Vandervis told councillors when speaking in favour of the motion.

"We have a unique opportunity now that we have a willing seller and a piece of land that is vital for the future expansion of the gasworks museum.''

The owner of 1 Brandon St was aware of the museum's proposal and was in favour of giving the museum the first option to buy the site, Cr Vandervis said.

In an impassioned speech to his fellow councillors, Cr Vandervis said the museum was a unique facility and provided unique opportunities to be a "world-class museum''.

The museum is one of only three known preserved gasworks museums in the world.

"The gasworks was a derelict wasteland that few people saw what could be done with it [when the Dunedin Gasworks Museum Trust began the project in 1988],'' he said.

The cost of buying the sites could be funded by the sale of other recreational land being sold by the council, he said.

Group chief financial officer Grant McKenzie said the council could use the proceeds from the recent sale of the former Caledonian Bowling Club.

Council chief executive Dr Sue Bidrose said if those funds were used, the purchases would only have minor effects on interest repayments and rates.

Cr Richard Thomson said if the council did not take the chance to buy the site, future generations would ask "Why did we let a unique opportunity go''.

"It's going to be the only opportunity we are ever going to have to secure land. If we don't secure it now we are constraining the museum from any expansion in the future,'' he said.

"If we don't secure it, we are going to lose it forever.''

The councillors unanimously voted in favour of investigating buying the sites, the council's finance department to investigate how it could be funded and for the report to include information on the progress of the proposed South Dunedin Community Hub.

"It's a positive step for South Dunedin,'' he said.

The trust was communicating with the council about the proposed community hub and whether it was part of the museum's facilities or not, the trust would have an interest in the proposal, Dr Petchey said.

"The community hub concept and how that will work is very much in discussion,'' he said.

"But whatever happens, we will have a role in how the hub works and the community events in that part of town.''

Councillors were told at the meeting council staff were continuing work on a proposed South Dunedin community hub.