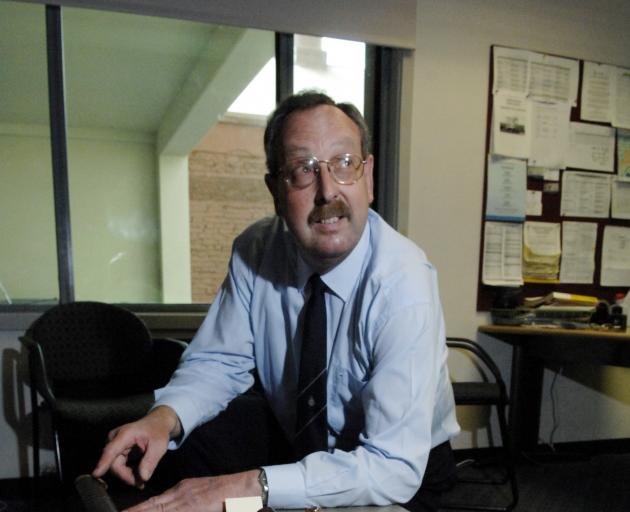 Stephen Bell in 2010
Police have admitted an "oversight'' when one of their own employees appeared in court under incomplete documentation.

Stephen George Bell (59) - an exhibits officer at the Dunedin Central Station - was convicted in the Dunedin District Court this week of drink-driving after he was found drunk in the car park of his Great King St workplace. He had a blood alcohol level of 178mg, about three times the legal limit.

When he appeared in court there was no reference to his status as a police employee by the prosecution, defence or judge, nor on court documents.

Everyone making their first appearance in court generates a charging document on which there is a field for occupation.

Bell's charge sheet had a blank where his job should have appeared.

Otago coastal area commander Inspector Jason Guthrie called it an "oversight'' rather than a deliberate withholding of information.

The information which appeared on court documents, he said, was often entered using a defendant's driver licence number, which automatically filled all the fields.

"Sometimes the information held within the driver licensing system does not include an occupation, therefore occasionally an occupation does not automatically populate on to the charging document,'' Insp Guthrie said.

"The backstop for this is a manual check by the data entry operator, which on this occasion did not occur.''

A review of other matters on the same day revealed three additional cases where other defendants' occupations were not listed on charging documents, he said.

"The oversight for all four of these matters has been brought to the attention of the Southern district case manager, and data entry staff have been reminded of the need to conduct a manual check when entering a charge from a drivers licence number.''