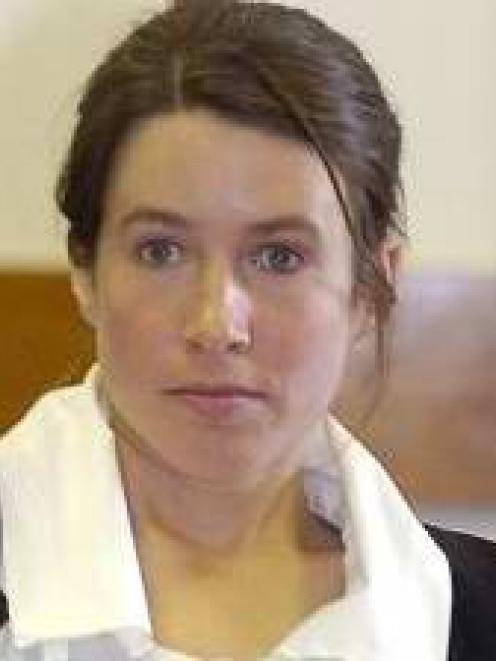 Jinty MacTavish
There were emotional scenes as Dunedin city councillors agreed to accelerate the pace of a three-year climate change planning project yesterday.

Cr Jinty MacTavish, speaking at yesterday's 2011-12 pre-draft annual plan hearing, burst into tears as she argued passionately for her recommendation to condense the project into two years.

A staff report to councillors had recommended completing the work over three years, as planned, at a cost of $67,000 each year, plus additional costs to employ a sustainability adviser.

Condensing the work into one year would cost the city an extra $295,000, for which no budget existed, while doing it over two years instead would still cost $227,500, the report by council corporate policy team manager Nicola Johnston said.

However, Cr MacTavish said she would be "doing an injustice to the future generations I'm here to try and represent" if she did not fight to have the pace of the work increased.

The city faced "enormous" costs in adapting to climate change, which would only grow the longer work was delayed, and having the information available as soon as possible would allow future generations to say "Yes, at least they tried", she argued.

"This should not be a financial decision - this should be a risk-management decision."

Her pleas won support from a majority of councillors, but not Cr Syd Brown and a sceptical Cr Lee Vandervis, who both worried about the extra cost involved.

Cr Brown could not justify the extra burden on ratepayers given advice from University of Otago emeritus professor of geography Blair Fitzharris, a climate change expert, that the council would have "plenty of time" to prepare.

Cr Vandervis also poured scorn on Cr Kate Wilson's suggestion the council should be seen to be leading research on climate change, describing the position as "hysteria" and "completely and utterly unbelievable".

He believed much of the work could instead be carried out free of charge by University of Otago graduates on the council's behalf.

However, Cr MacTavish's pleas appeared to sway Mayor Dave Cull, who initially indicated he supported starting the work with a three-year timeframe, but with the option to review progress after 12 months.

When it came to the vote, however, he switched his position to support Cr MacTavish's recommendation.

Councillors voted 7-4 in favour of accelerating the work.