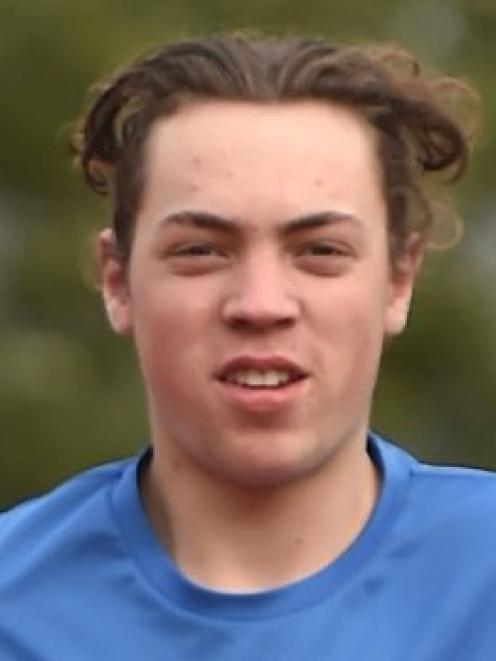 Drew Cairney in 2018. Photo: ODT files
If Drew Cairney planned to get away with drink-driving, a near head-on collision with police was not the way to do it.

The 19-year-old appeared in the Dunedin District Court yesterday after pleading guilty to the charge and one of failing to stop.

Counsel Noel Rayner said the defendant and a teenage friend were making the 2km journey late on April 15 despite both being intoxicated.

Cairney’s friend initially took the wheel, he told the court, but the defendant quickly took over when the younger man struggled to control the vehicle.

It was soon apparent Cairney was no better.

Rounding a corner in Stevenson Rd at speed, he strayed from his lane and caused a member of the public and a police dog-handler to take evasive action.

The near miss did not prompt a safer approach by Cairney, the court heard.

When the officer he narrowly missed tried to pull him over, Cairney turned left without indicating then accelerated heavily on to the wrong side of the road.

Cairney — a former long-distance runner in his school days — pulled into a gravel driveway and attempted to give police the slip.

He did not get far.

The officer found him nearby down a bank, hiding in some long grass.

Cairney explained he had tried to evade arrest because he was worried he would lose his job as a digger driver.

However, Mr Rayner told the court yesterday those fears were unfounded.

The defendant’s employer had vowed to stand by him, and Cairney planned to apply for a limited licence for work as soon as he had served the 30-day stand-down period.

The incident came just eight months after another court appearance where the teenager was convicted of driving while suspended.

The failure to stop for police was "particularly serious" because of the risk he posed to road users, she said.

Cairney was fined $1200 and banned from driving for six months.