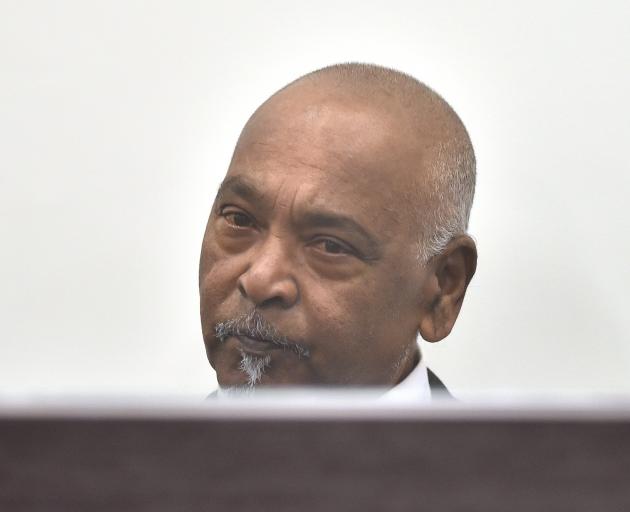 Edward Anand (72) could be in prison until 2029 if he serves his entire sentence. PHOTO: ODT FILES
One of the eight women sexually abused by a social worker in a Dunedin girls’ home in the 1980s says all she wants is an acknowledgement of guilt.

But 72-year-old Edward Anand has spent more than five years claiming his innocence, and serving a 13-year sentence at Tongariro Prison has done nothing to change that.

The Court of Appeal knocked back his challenge against his convictions and sentence, yet Anand told the Parole Board last month he was an innocent man.

He has applied to the Criminal Cases Review Commission — an independent body established last year to investigate potential miscarriages of justice — to look into his case.

For one of his victims it is yet another sickening blow.

“I would just like him to come out and say, truthfully, ‘I did this’, even if he doesn’t apologise ... Just to admit it would be amazing,” the woman said.

“How can you sit there bare-faced and say you didn’t do it when you did? It wasn’t just me — there were eight of us.”

She had been placed in the girls’ home at 13 after her mother died and her father wrestled with alcohol addiction.

Over the 18 months she was there, Anand abused her seven times.

“I remember it all vividly,” the victim said.

It was not as though Anand was considered a monster among the residents at that point.

“Everyone thought he was cool because he used to give us a sneaky cigarette — then he would kiss you for the first time and it’s ‘oh my God’. You think you’re the one that’s going to get into trouble,” she said.

“He had free rein. Who was going to listen to us?

“We were the worst of the worst, that’s how we were treated.”

Since being in prison, Anand had refused to undertake any rehabilitation programmes, Parole Board panel convener Tania Williams Blyth said.

As such, he could not be released.

“He is untreated and does not have a release proposal.”

Despite the victim’s harrowing ordeal, she told the ODT Anand had not ruined her life.

She described herself as “a strong-minded person”, but it did not make her immune to flashbacks of the trauma nearly 40 years ago.

“You put it to the back of your mind but then, boom, it’s right there,” she said.

Anand will next see the Parole Board in December; his sentence ends in March 2029, when he will be 80 years old.

It is not yet known when his case will be assessed by the Criminal Cases Review Commission.