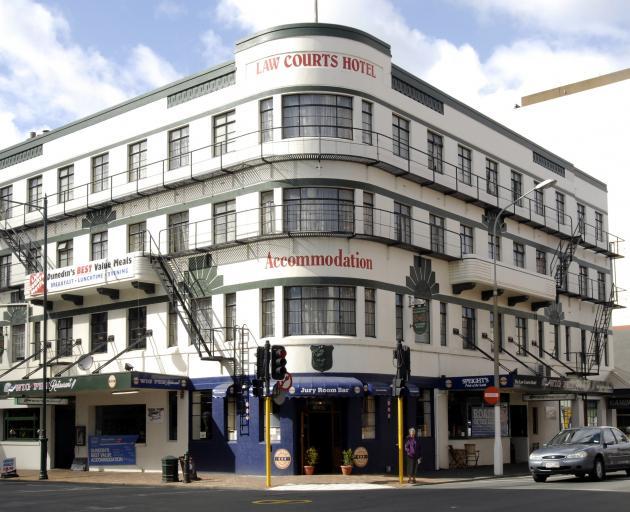 The woman admitted her part in an aggravated robbery of the Law Courts Hotel in Dunedin.
A woman who committed three armed robberies, which netted her nearly $40,000, says she used gambling to escape her problems.

Joanne Francis Smith (49) has spent more than two years in Christchurch Women’s Prison, and appeared before the Parole Board for the first time last month.

She accepted from the outset she would not be granted early release.

While Smith had completed several courses behind bars, including drug and alcohol counselling, she had done no reintegration work.

She also vowed to work on her safety plan.

‘‘I have done the work and now I have to have boundaries.’’

Smith was jailed for six years three months last year when she was sentenced alongside her son, Joshua Karl Smith (30).

He was sentenced to five years’ imprisonment, but was granted parole in September.

Joanne Smith twice targeted The Fitz sports bar in Christchurch, where she worked.

The Smiths arrived at the premises shortly before midnight, both wearing dark clothes with their faces covered.

While the lone staff member closed up, the mother and son hid under a table in the restaurant.

As the victim returned to the office, Joshua Smith flashed a knife near her throat and demanded she put more than $16,700 cash in a backpack.

The woman was instructed to go to the toilets and count to 100 before she came out.

The board noted that, in total, Joanne Smith made $38,000 from the criminal venture but her record did not feature similar serious offending.

She was a minimum-security prisoner, panel convener Mary More said, and was living in the self-care section of the prison.

‘‘She is spoken of as being polite and respectful and engages well with the staff,’’ Ms More said.

The factors contributing to her offending had been identified as drugs, alcohol and gambling.

She would come back before the board in July; it was suggested that before then there should be a reintegration hui held with ‘‘suitable whanau’’ and other support people.