By George Block
1 Comment
A criminologist says the 11-year-old boy who stole a car in Dunedin, crashed and rolled it before fleeing the scene requires urgent intervention to stop him becoming a career criminal.

Dunedin police say it was it was "absolutely amazing'' no-one was injured in the Sunday morning incident in Kenmure Rd.

Senior Sergeant Craig Dinnissen, of Dunedin, said the boy was tracked by dogs after fleeing the scene where he rolled the Volkswagen Golf hatchback about 9.40am.

He crashed the car into three parked vehicles, causing damage, before running off down the hill.

The dogs were unable to find him, but he later turned up at a grandparent's house.

The boy was speeding and had "obviously no skills whatsoever'' when it came to driving, and it was incredible no-one was injured after the late model silver hatchback ended up on its roof, Snr Sgt Dinnissen said.

"No injuries, which was absolutely amazing.''

The boy was referred to Youth Aid.

University of Canterbury criminology professor Greg Newbold said he had sympathy for the boy.

"He could be in for a hard life, and may have already had a hard life up until now.''

Most people who grew up to be career criminals started offending very early, he said.

"That doesn't mean that most kids who offend early on go on to become career criminals, but ... early onset of offending is one of the characteristics which career criminals tend to have in common.''

In Prof Newbold's view, the child required urgent and careful intervention if he was to be steered away from a continued life of crime.

"What it means is this kid is going to require some pretty careful handling if a career in criminality is going to be avoided.

"It sounds like he might be fairly disturbed, and he may be damaged, and in that case it's pretty hard to do anything.

"A kid like that, his prospects aren't that good on the face of it.''

In a statement response to written questions, Oranga Tamariki lower south acting regional manager Maree Meechang would not say whether the child was in foster care, but said it was aware of the incident, and was working with the child.

"Our priority is the safety and wellbeing of the child.'' 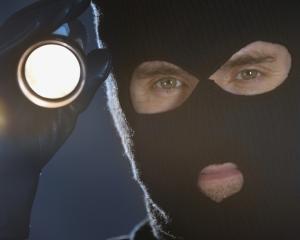 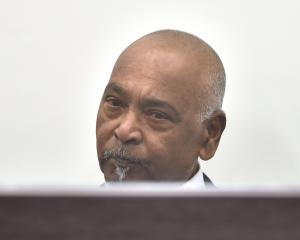 we have to do something to get these dangerous automatics off the streets.
They're so simple that an 11 year old can simply get in and drive one until the have to either turn a corner or stop and by then the danger is already present and there's potential carnage on a scale much higher than that of a manual operated device.