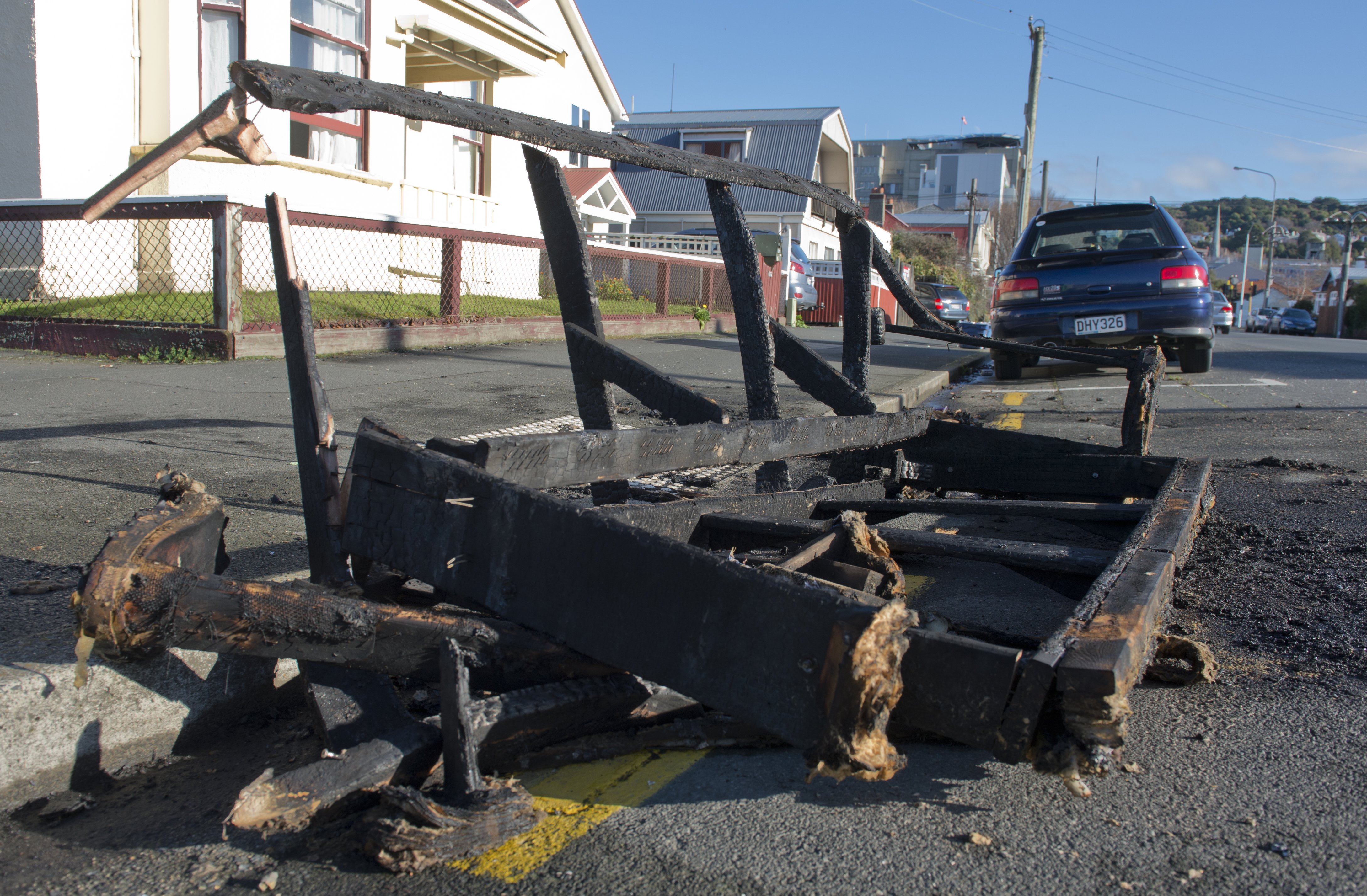 The remnants of a couch sit on the corner of Leith and Frederick Sts yesterday following a busy Re-Orientation week for police. PHOTO: GERARD O’BRIEN
Mud-wrestling students, drink-driving and burnouts made it a busy weekend for Dunedin police.

Noise control seized speakers but at 10pm police returned after further complaints to find the "students were chanting loudly and mud-wrestling".

The same night, a 24-year-old man failed to give way and crashed his friend’s car into another car.

He drove away from the crash scene. Police called the man multiple times.

He approached the front counter at the police station at 2.45am, having gone into town first, Snr Sgt Dinnissen said.

He is to appear in court.

He fled the scene on a bike and ran to his home, to which police dogs tracked him. He was breath-tested and gave a reading of 869 micrograms of alcohol per litre of breath, more than three times the legal limit.

The man had his licence suspended for 28 days, Snr Sgt Dinnissen said.

Earlier, on Friday night, a convoy of cars was travelling between wedding functions in Mosgiel and Brockville. Other drivers observing it rang in reports of erratic driving.

A passenger in one car was allegedly standing up through the sunroof while travelling on the Southern Motorway.

Infringement notices were issued, and the parties were told to ‘‘literally’’ pull their heads in, Snr Sgt Dinnissen said.

Later the same night, a 22-year-old man performing burnouts in the Octagon had his car seized and an infringement notice issued. 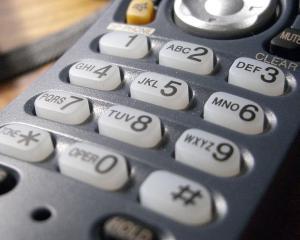 Royal Terrace is a heritage area with precious sites. Out of control students do not belong here unless they are willing to respect that it is a residential area where people value its special quality. It's time that rental owners and their managers took responsibility for the behaviour of their tenants. THEY should be called in to deal with their tenants.