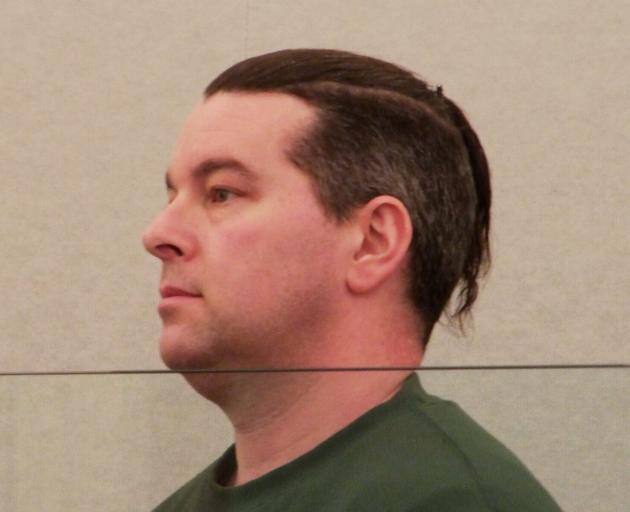 Lorin Winter’s sentence officially expires in September next year. PHOTO: ROB KIDD
A Dunedin burglar behind a crime wave which cost victims $120,000 has been paroled more than a year before his jail term ends.

Lorin Winter (44) — whose sentence expires in September next year — was due to appear before the Parole Board last month but made a successful application to have the hearing brought forward.

A report provided to the Otago Daily Times showed the recidivist offender was released in May, the board citing completion of his rehabilitation, the availability of supportive accommodation, the support of his mother and the prospect of employment.

It was only half of what had been stolen during a seven-month spree of break-ins, which he committed alongside 32-year-old Benjamin Burgess.

Winter said the crimes were driven by his severe addiction to methamphetamine.

That was underscored by a report before the Parole Board which listed his risk factors as poor self-control, impulsivity, criminal associates, lifestyle balance and substance abuse.

Winter said he had started using meth at the age of 39. All but one of the burglaries occurred when families were out or on holiday and most targeted more affluent suburbs, such as Maori Hill, Belleknowes and Waverley.

"He had previously been undeterred by repeated imprisonment or rehabilitation programmes offered over the years," Judge Ellis said.

Winter had completed more treatment while at the Otago Corrections Facility and had been working at the prison’s dairy farm.

Before he was transferred to Invercargill Prison in February, though, his file was marked with a misconduct after he was implicated in smuggling contraband.

Corrections described his behaviour as "polite and compliant" since he moved further south.

Among Winter’s parole conditions were:

■  To live at an address approved by Probation.

■  Not to possess alcohol or illicit drugs.

■  To attend any treatment as directed.