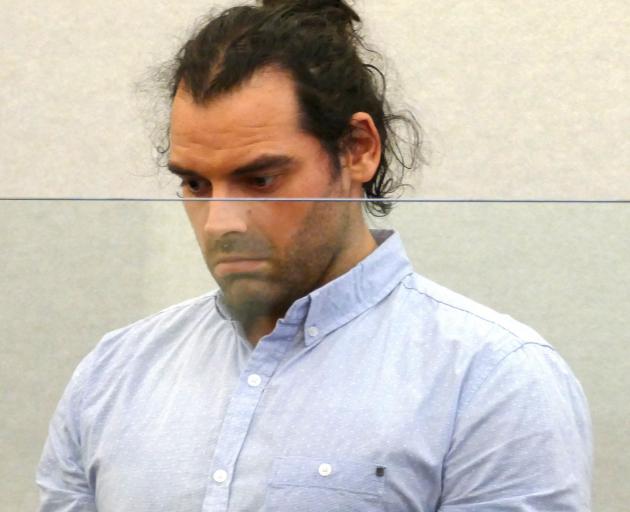 Jordan Boyes (30) had one previous driving conviction before being jailed for a spate of serious domestic violence. PHOTO: ROB KIDD
A man who repeatedly beat his partner, leaving her with 50 bruises, has had his appeal for a shorter sentence dismissed.

Jordan Remus Boyes (30) was jailed for two years, seven months when he appeared before the Dunedin District Court in August on a range of violence charges that spanned several months during 2020.

Counsel Sarah Saunderson-Warner told the High Court at Dunedin yesterday the prison term should have been slightly more than two years.

The focus of the appeal was the time taken off Boyes’ sentence for his background and mental-health issues.

The defendant had been adopted from a Romanian orphanage at 6 months old and spent several months in hospital recovering from pneumonia and malnutrition before he was able to move to New Zealand.

The dislocation from his culture had resulted in him struggling with issues of identity and he had also been diagnosed with ADHD while at school, Ms Saunderson-Warner said.

A comprehensive 20-page report, written by a clinical psychologist, noted Boyes suffered from PTSD and an “impaired capacity for behavioural control”.

Justice David Gendall agreed the defendant deserved a reduced sentence but he would have knocked off only a couple of months.

“The end sentence here cannot be seen as manifestly excessive and to amend it on appeal in my view would amount to tinkering,” the judge said.

Boyes and his partner had only been seeing each other for a matter of weeks before things soured.

During one episode, the man pulled over while driving and punched the victim with such force the frame of her sunglasses was imprinted in the side of her face.

Later, Boyes “rag-dolled” the woman so aggressively he ripped a handful of hair out and put her in a “wrestling hold”, attempting to break her legs.

The violence reached its peak on Christmas Eve.

Following a barbecue, Boyes threw the victim around the room and hit her repeatedly in the head and body.

When she fell to the floor he stamped on her so hard she was unconscious and lost control of her bladder, court documents said.

To “control his anger”, Boyes then head-butted the wall, knocking himself out too, the summary said.

After the pair regained consciousness, he continued inflicting punches, kicks and stomps against his then partner, then strangled her to the point of blackout.

The “hysterical” victim eventually fled the property and flagged down a passing vehicle, which took her away.

Her list of injuries included two black eyes, dozens of bruises and burst blood vessels in her eyeballs, the court heard at sentencing.

Boyes accepted he needed treatment for his alcohol issues and was set to undertake a course while behind bars, Justice Gendall noted. 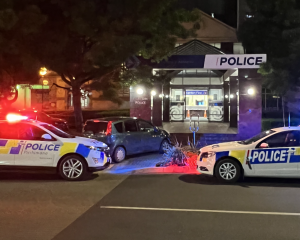