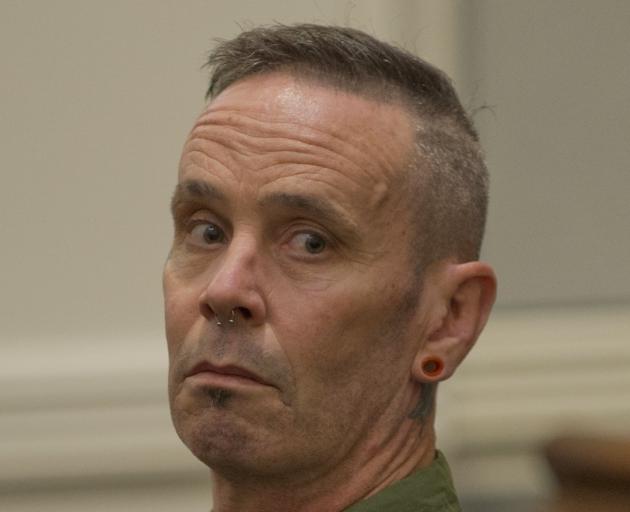 Reginald Ozanne. Photo: ODT
The man who stabbed a beloved miniature horse to death in a frenzied attack will appeal his sentence.

Reginald Robert Ozanne (50) was jailed for two and a-half years when he was sentenced in the Dunedin District Court last month, after admitting a charge of wilfully ill-treating an animal.

Eleven-year-old Star was found with 41 stab wounds in a Waitati paddock in February last year, sparking horror in the small coastal community and a desperation for answers.

Despite Ozanne’s eventual acknowledgement of guilt, the horse’s owner Mandy Mayhem-Bullock was unsatisfied by his explanation.

He claimed he downed home-brewed whiskey and painkillers the night of the attack and could not recall the stabbing rampage, though he accepted it must have been him.

In a letter to Ms Mayhem-Bullock and her family he said he would never bother them again.

But just weeks later, they found themselves in disarray once more.

Ms Mayhem-Bullock had not been informed of Ozanne’s appeal when contacted by the Otago Daily Times.

"It’s ridiculous. I just can’t even process this, I don’t understand," she said.

"I thought we would finally get to put it all behind us."

Sentencing had not provided closure, she said, as the sadness of the incident continued to overwhelm them.

People expressed their sympathies when they saw Ms Mayhem-Bullock in public which, while well-meaning, kept the trauma fresh.

"It just follows us around and around wherever we go ... we’re stuck in this kind of Groundhog Day scenario," she said.

Judge Michael Crosbie, at sentencing, said the defendant’s decision to stress his innocence through the media in the immediate aftermath of the brutal slaying could be seen as "reprehensible".

"The offence was cruel, if not barbaric, seen in the number of wounds inflicted on this harmless family pet," he said.

Sometime after 9.30pm, the court heard, Ozanne entered a paddock by Pitt St where Star was tethered for the night.

He used a "sharp object" and focused his frenzied attack on the animal’s back, neck and throat.

Judge Crosbie indicated a sentence of two and a-half years’ imprisonment would be imposed following a guilty plea and then handed down that exact sentence a few months later.

The Criminal Procedure Act allowed for such appeals following a sentencing indication.

As well as the jail term, Ozanne was banned from animal ownership for 10 years, the maximum the court could impose.

His appeal will be heard in the High Court at Dunedin in November.

He will see the Parole Board before then, in August.

Ms Mayhem-Bullock said she already had an eye on Ozanne’s potential release.

"What will he do when he gets out? I’m biting my nails already."