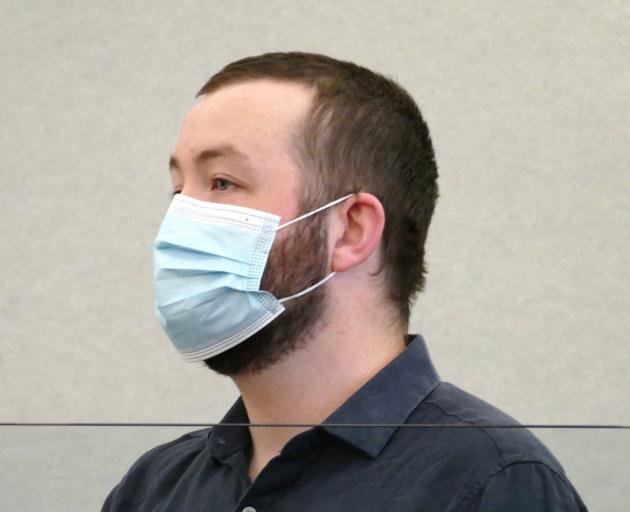 Jordan Flett was sentenced to community work and supervision for his "bizarre" crimes. PHOTO: ROB KIDD
Two terrified women sat in the darkness of a Catlins camping ground after the man who had broken into their vehicle as they slept disappeared into the darkness.

Minutes later, 27-year-old Jordan Robert Flett emerged from the black and asked them what had happened.

Should the mystery attacker return he would pull out a gun and defend them, he vowed.

But the Dunedin District Court heard yesterday that the Good Samaritan was a fraud, putting on an act to try to clear himself.

Shortly after the January 16 incident, Flett was charged and admitted the burglary of the campervan.

A charge of indecent assault was later amended to assaulting a female.

Flett had been drinking and using cannabis that night and was still up at 3am as the two victims slept. He opened the door of their campervan and softly patted the forehead of one of the women.

She was wearing an eye mask and thought the gentle tapping might have been her friend.

But when she removed the eye-wear she found the man standing over her.

"The victim attempted to shout. However, the defendant placed his right hand over the victim’s mouth to stop her," a court summary said.

Flett said he did not want to hurt the woman.

"The demons are telling me to do things," Flett said.

The victim kicked her friend to wake her up and the second woman’s vocal response sent the defendant dashing into the shadowy bush.

Since the ordeal, the woman had felt "fear, distress and embarrassment", Judge Smith said.

The puzzling thing about the incident, she said, was that there was no obvious reason for Flett to act in such a way.

While he had experienced some trauma in his youth there was no evidence of psychosis or the like. A letter written by Flett’s partner, outlining her "utter disappointment", showed she was equally stumped.

"She can’t explain what you did," the judge said.

"She otherwise talks about you as a person who’s kind and supportive."

The court heard Flett had begun counselling shortly after the events in January.

He was sentenced to 150 hours’ community work and six months’ supervision.