0 Comments
Police have revealed the location north of Dunedin where a man's body was found in an "advanced state of decomposition" following the announcement that two people have been charged in connection to his killing.

Both are from Dunedin.

A security officer guards the Lock St crime scene. Photo: Stephen Jaquiery
They were arrested in Rotorua yesterday afternoon, while a blue people mover police had been tracking was recovered in Picton.

Insp Low revealed the body had been found on Steep Hill Rd, which runs off SH1 north of Waitati.

Police had previously only said a body was found in a "rural location north of Dunedin".

The deceased man was known to the pair.

The arrests are linked to the discovery of a bloody crime scene in St Clair where police and forensic scientists have worked since Sunday.

A post-mortem is taking place today on the deceased and formal identification will be completed later this week.

Formal identification would take longer than usual because the body was in an "advanced state of decomposition".

Once it was complete the victim's name would be released.

The pair had been of interest to police since Monday when the investigation started.

There was no information to suggest the killing was gang related, but Insp Low would not speculate on whether it was drug related or whether the pair arrested were a couple.

The deceased did not live in Lock St.

About 25 to 30 officers had been working on the case.

"Our thoughts are with the family of the deceased at this time and police along with victim support have been and will continue to support them during the investigation."

"Police are not looking for anyone else in respect of this incident. 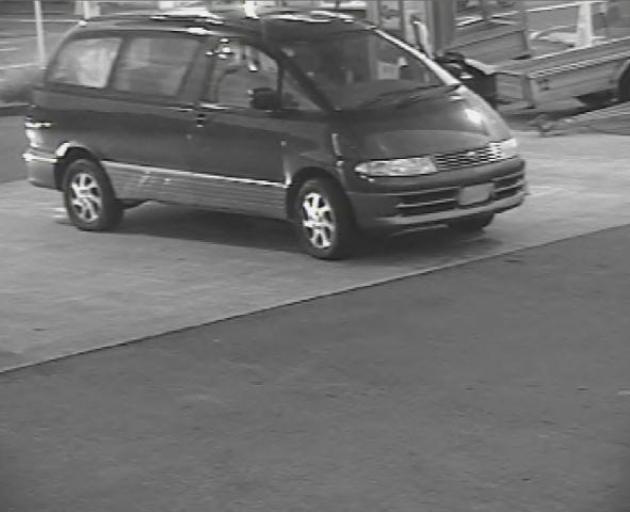 The dark blue people-mover of interest in a homicide inquiry after an alleged dash from Dunedin to Picton early on February 5. Photo: New Zealand Police

Given the matter was now before the courts police would not provide further details of the investigation.

Police did not think this case was related to the recent slaying of Star the miniature horse near Waitati at the weekend.

"We have received some information regarding this matter from the public and we thank them for their assistance.

"We are still seeking further information in regard to the dark blue 1995 Toyota people mover that travelled from Dunedin to Picton in the early hours of the morning of Tuesday 5 February.

"Police would also like to thank the members of the public in Lock Street who have offered support to the police during the examination of the address in Lock Street, Dunedin."