A man who stole a police car and the weapons inside, prompting a two-day man hunt, has been denied parole again. 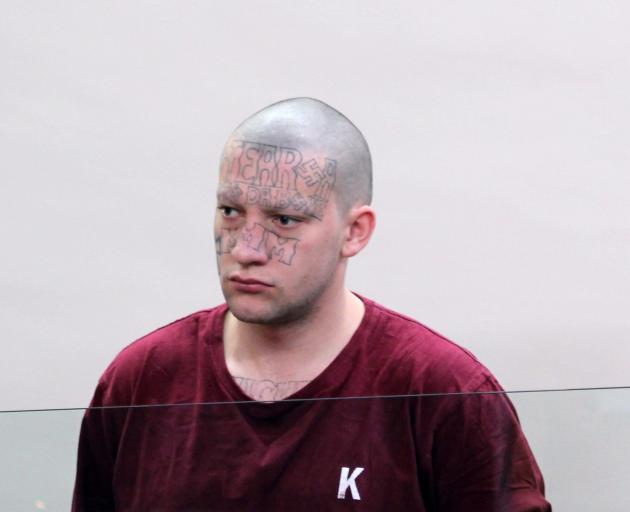 Hori Gemmell will be released from prison by the end of the year. PHOTO: LUISA GIRAO
Hori Irimana Tenaku Winiata Kemp Gemmell (26), who is at present at the maximum-security Auckland Prison, was jailed for more than three years and seems set to serve the entire term.

Because of his high-security classification, he had been unable to complete any rehabilitation, the Parole Board heard last month.

Gemmell had been previously described as "unenthusiastic" about his progress behind bars and had racked up 11 formal misconducts, which resulted in his transfer north.

That despondence was again clear at his most recent hearing — he filed a waiver so he did not have to appear before the board.

Gemmell gained some notoriety for crimes he committed in August 2019 in Gore.

Police tried to pull him over on a rural road but he ploughed into the patrol car then fled on foot.

Officers chased Gemmell but he evaded them, eventually commandeering the patrol car, locking the door then speeding off as his pursuers tried to smash a window to apprehend him.

The fugitive hit another police car then fled with two Glock pistols, each loaded with 17 rounds, after he unlocked the vehicle’s firearm safe.

Gemmell was initially jailed for three years, one month. Three months was added after after an attack on another prisoner in 2020.

A psychologist assessed the man as a high risk of general and violent reoffending and panel convener Judge Charles Blackie said it was clear he would need "a high level of reintegrative support" upon release.

However, Gemmell had experienced "substantial improvement" in his mental health thanks to medication and it was not thought likely he would need to be released into the care of a specialist facility.

He will appear before the board again in October — two months before his sentence end date — when his release conditions will be considered.