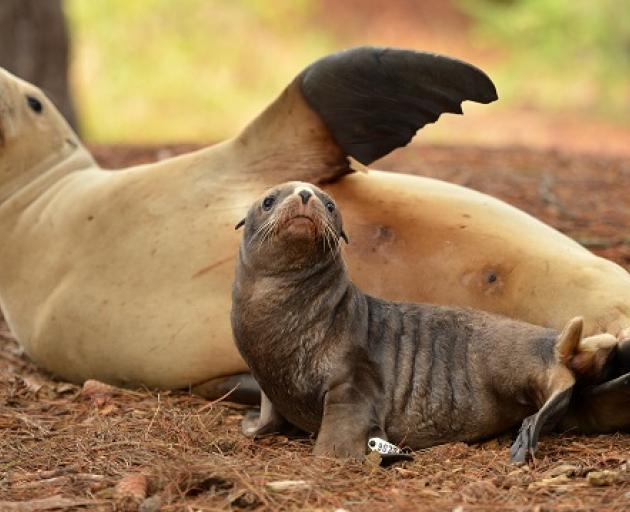 A sea lion mother Joy relaxes with her pup Rua near the Warrington domain months before Rua was found dead. Photo: Stephen Jaquiery
A scientist says the sea lion at the centre of a jury trial was stabbed while it was alive and would have most likely bled to death.

Eleven-month-old female Rua was found on a rocky beach at Quarantine Point on the Otago Peninsula on November 5, 2016.

Graeme Mark Lowery (54) is before the Dunedin District Court accused of stabbing the creature to death with a bayonet because it was stealing fish from his nets at Portobello.

He has pleaded not guilty to charges of wilfully ill-treating an animal and preventing the course of justice by allegedly threatening the police officer in charge of the case.

Veterinary pathologist Dr Stuart Hunter, a senior lecturer at Massey University, completed a necropsy of Rua shortly after she was found. 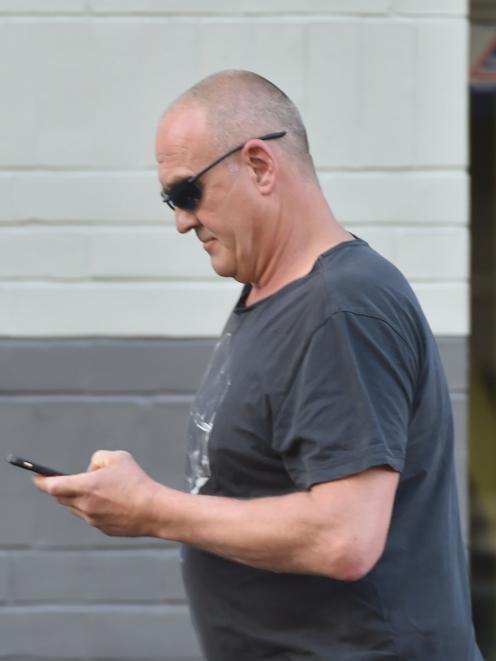 The scientist, who had undertaken more than 4000 animal postmortems in his career, identified two stab wounds to the sea-lion pup.

The first, Dr Hunter said, began behind the left flipper, pierced the skin, the ribcage, went through the chest, lacerated the lung and penetrated the right side of the chest wall.

The second began at the point of the right shoulder, fracturing the shoulder blade and ending near the vertebrae.

Dr Hunter said the injuries sustained would have required ''a fairly large amount of force''.

Without its use, Rua would have struggled to change direction while in the water and to shuffle around on land.

The haemorrhaging and bruising around the muscles, as well as clotted blood in the chest cavity, indicated the creature was alive when the wounds were inflicted.

''Both wounds appear to have been delivered from a slightly elevated angle in a downward direction,'' he said.

Crown prosecutor Craig Power asked if they would have been inevitably fatal.

''Not immediately,'' the witness said. No major blood vessels had been severed.

Death probably would have been caused by a combination of internal and external blood loss.

Dr Hunter measured the wounds to be 15cm deep.

Counsel Judith Ablett-Kerr QC questioned how Lowery's bayonet, which was allegedly used to kill the animal, could be the weapon responsible when its blade was 2.3cm across and one of the injuries measured 2cm.

The scientist said it could have been affected by the skin being bunched up when measured.

Further photos he had taken of his examination had not been provided in disclosure.

Judge Michael Crosbie told the jury the images might be important and sent the jury home at lunch time, so the photographs could be sent from Palmerston North and reviewed by counsel.

''Don't let that influence how you think about the defendant or the Crown case,'' he said.