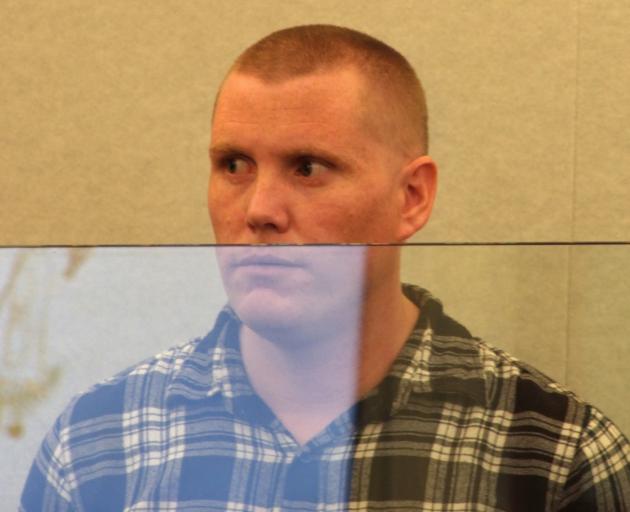 Joshua Tucker (33) spent more than four years in prison for sexually abusing a girl. Photo: Rob Kidd
A Dunedin man who bombarded a 13-year-old girl with messages until she had sex with him breached his parole by accessing Facebook, a court has heard.

In March 2015, Tucker was jailed for four years three months on two charges of unlawful sexual connection with the girl.

The court heard he had deceived his victim into thinking he was 16 and claimed he was in love with her.

Tucker, who knew the girl was underage, directed the conversations towards sex even when the victim made it clear she did not want that.

He persisted, however, until the young girl's resolve cracked.

The pair met and sex acts twice took place - once in Tucker's car and once at the victim's home.

Judge Crosbie said at the time the defendant's acts had profoundly affected the girl and her family. She felt embarrassed, confused and devastated that a relationship she thought was real had crumbled, the court heard.

The girl's father said he was struggling with feelings of guilt about failing to protect his daughter from Tucker's ''cowardly and disgusting behaviour''.

When the defendant was released from prison in February it was on the condition he not possess any electronic device capable of accessing the internet.

However, on September 2 it was noted Tucker updated his Facebook relationship status and profile.

When confronted, he said he felt it was his right to access the social media site and he did so ''in order to gain employment''.

The same day Tucker was online, he asked Probation for permission to leave next day to work on a fishing boat.

Despite being declined, he went anyway and while at sea his GPS tracker ran out of battery - another breach of conditions.

The Parole Board, the last time it saw Tucker, believed he had made only ''modest gains'' in his treatment while behind bars and had been less than honest when discussing his offending and the reasons behind it, Judge Crosbie said.

The defendant would be monitored by GPS while serving his intensive supervision sentence.

The judge also barred him from entering Dunedin, despite Tucker's objections.