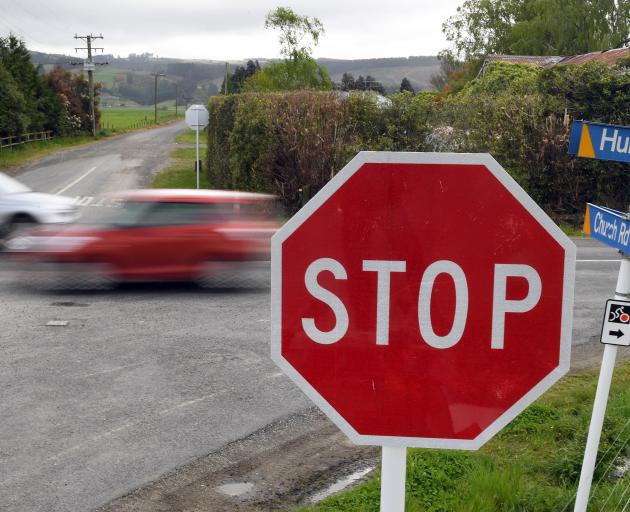 Fifteen-year-old Jayde Cummings and 57-year-old Steve Macnee were killed in the two-car collision at the intersection of Church Rd West and Huntly Rd, in Outram, in September 2019.

The only survivor — the then 17-year-old driver of the ute in which Jayde was a passenger — later admitted careless driving causing death after being cleared of a more serious charge and was granted an absolute discharge before the Youth Court.

A report provided to the Dunedin City Council just days after the incident, identified that stop signs before the junction were the urban size of 675mm rather than 25% larger as the NZ Transport Agency recommended.

The issue has rankled Jayde’s family and they have made no secret of their anger.

A council spokesman this week confirmed that undersized signs had been replaced with four stop signs measuring 900mm, which ‘‘comply with relevant regulations for rural intersections’’.

For the teen’s family it was too little too late.

‘‘We will never know, but we highly suspect that the stop signs not being to specification definitely played a part in the double tragedy. It’s unfathomable to us that they weren’t made legal when the first complaint was received — let alone immediately after two families were ripped apart,’’ Jayde’s aunt Chanelle Hayes said.

‘‘We continue to be saddened by the DCC’s lack of sympathy, empathy or acknowledgement about the issues at the intersection that are plain for everyone to see.’’

Victims advocate Ruth Money who has been assisting the Cummings family with its plight said the work, which came just a week after a story appeared in the Otago Daily Times, was clearly bowing to ‘‘public pressure’’.

The spokesman, however, said, ‘‘the signage upgrades are part of a broader rural intersections improvement project. The work to upgrade the stop signs at this intersection has been completed, and we will return to complete further work at the intersection once plans are finalised.’’