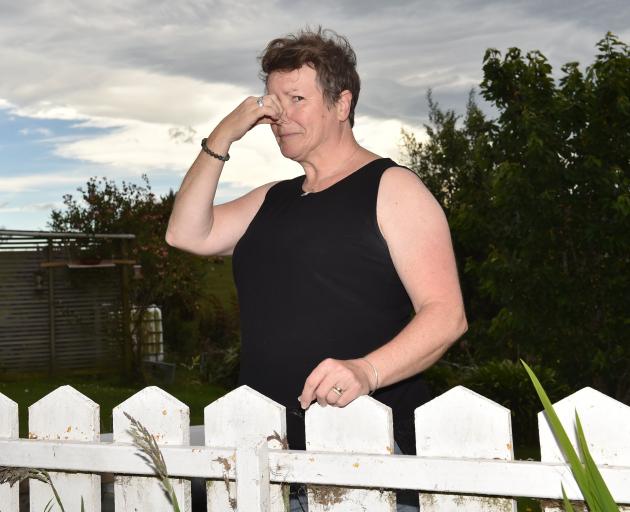 So offensive was the malodorous air yesterday morning that Green Island resident Tina Tunster was woken from her sleep by it.

Mrs Tunster moved in to the property with her husband nine years ago, but was first moved to make an odour complaint six years ago.

There had been a clear pattern of deterioration in the air quality around her home since the couple made their first complaint, she said.

The worsening of the situation over time was an indication the Green Island site had reached the end of its useful operational life, she said.

"I’d like it closed. It’s at the end of its lifetime and it needs moving."

When conditions were at their worst, it was impossible to sit in the garden, and laundry could not be hung to dry as it would absorb the stink from the air.

An Otago Regional Council staff member visited their property to check on the extent of the problem on Sunday, but Mrs Tunster said she did not expect anything to come of it.

The regional council did not provide a response to questions yesterday.

"The work requires contractors to dig into old waste material and the odour has proven to be worse than anticipated, in part due to recent wet and very hot weather."

The work had been stopped to allow the landfill’s operator to compact fresh waste in the problem areas.

Particularly smelly loads of waste received at the landfill were compacted and covered, and an odour suppression system was also in place at the facility.

Mr Henderson said the landfill’s current consents were set to expire in October 2023.

No decision had been made yet regarding its future beyond the redevelopment and expansion of the transfer station and resource recovery park at the site.

A consent application for the Green Island landfill’s presumed successor, a proposed Smooth Hill landfill, near Brighton, was lodged with the Otago Regional Council in August last year.

The council has allocated $56.4million in its present long-term plan for the Smooth Hill proposal.

Moved in beside a dump 9 years ago and proceed to complain about the smell?
Sounds like western springs all over again....
Maybe don't buy beside a landfill next time haha

Buys house by existing landfill, and is surprised by smell. Sounds like one for "Angry People in Local Newspapers".

It doesn't matter when someone moves into a home next to a landfill. All neighbours, regardless of how long they have lived there, are entitled to live without offensive air, land and water discharges from landfills. The council has obligations to operate within its consents, including those that relate to odour. Generally I think they do well in this area but sometimes things happen. As long as council are working to fix the issue there's not a lot more can be done.

People move to beside a tip, houses at a $ value reflecting the area. Then complain.
People move to inner-city apartments beside music scene establishments that are "famous" and valued by the community. Then complain.
People move to rural areas "for the lifestyle". Then cut down all of the trees, concrete it, and complain about: horse poo on the road, animal noises, trees shading them, the sounds of gunshots; the sounds of working dogs barking in the morning; excess pollen; their kitty cats being shot for eating the farmer's chooks; the sound of chickens in existing chicken farms .... Resulting in farms shutting and rural lifestyle being shut down and "urbanised". For the self-entitled newbies who apparently wanted a "rural" lifestyle.
Beggars belief. People want a certain place, for a certain price. But boy, they want to change the existing community to be "their way".
I do feel for this woman with the smell, and yes, it needs to be controlled. But buying near a tip (and real estate prices reflect this positioning), then demanding the closure of the tip and moving it to make it someone else's problem is asking toooo much.