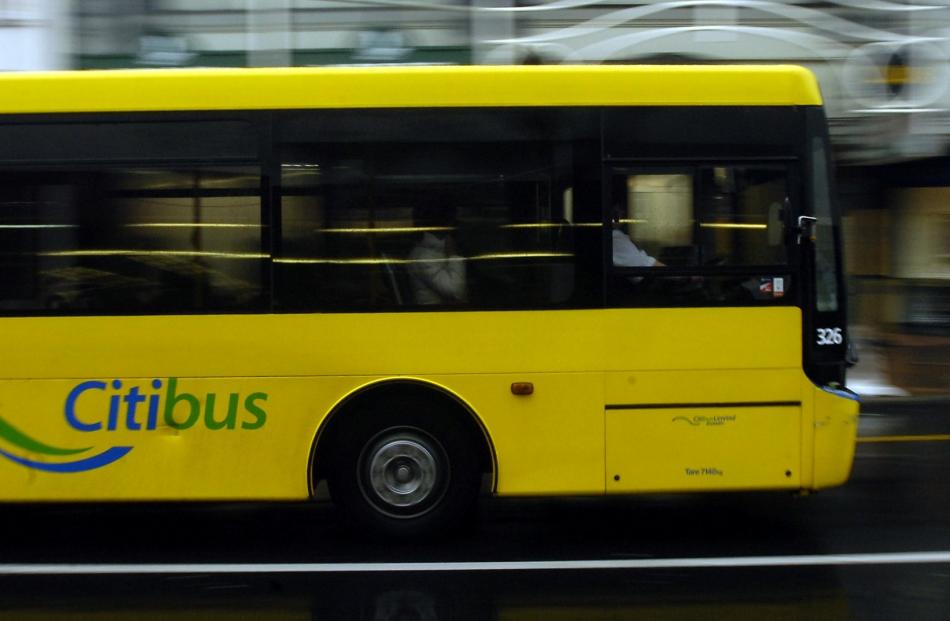 A Citibus bus is driven through Dunedin. Photo by Craig Baxter.

New Zealand Tramways Union national president Kevin O'Sullivan, of Wellington, who was in Dunedin yesterday, told the Otago Daily Times his organisation opposed the sale of Citibus because it was a public asset.

Selling it to a private company would rob Dunedin ratepayers of the asset, and also reduce the level of service provided within the city, he said.

"History has taught us when this sort of thing happens, it usually doesn't have a particularly good result in terms of the service to the public," Mr O'Sullivan said.

Tramways Dunedin branch president Bill Simpson agreed, saying ratepayers should be "seriously concerned about the loss of this public asset".

However, Mr Cull rejected any suggestion ratepayers were about to lose a valuable asset.

"It's a public asset that's losing us $800,000 and the profitability of which is overwhelmingly ... in the hands of another body, another jurisdiction [the Otago Regional Council]," Mr Cull said when contacted.

The council was not in control of the service, and was effectively "just a bus company" with no control of whether the service succeeded.

That was in the hands of the ORC, and competition would remain as long as more than one company operated routes for the regional council, he said.

He questioned how the public good was served by the council's continuing to own a loss-making company, when another company could provide the same service without council input.

"I don't see how, with that being the case, we can leverage ownership of a loss-making bus company into a public good, because we don't control the public good."

Citibus had recorded before-tax losses of $806,000 in the past two years, and owed the city council a further $4.05 million by the end of last year.

Citibus is part of a group of companies overseen by the council's parent company, Dunedin City Holdings Ltd.

DCHL chairman Bevan Dodds ended days of speculation on Wednesday when he confirmed the Citibus board was negotiating to sell the company, with a condition of sale protecting employees' jobs and conditions.

• A two-day meeting of 14 executive members of the Tramways Union national council - including six delegates from Auckland and Wellington - began in Dunedin yesterday, and Mr O'Sullivan said the sale of Citibus was on the agenda.

He hoped to speak to Mr Cull today to reiterate the union's position, and said the union would continue to have a close interest in developments.

"I don't know what the results of our discussions will be, but we're certainly concerned about what's happening."