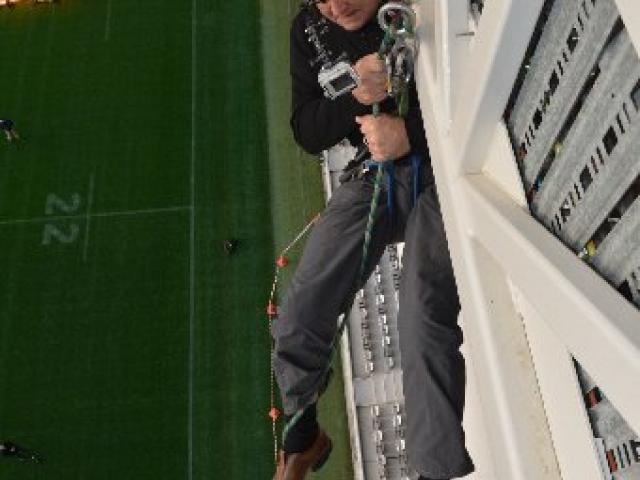 The failure of Dunedin's mayor and a city councillor to resolve a minor conduct breach more quickly did not reflect well on either of them as city leaders, the men were told yesterday.

A phone call from AgResearch's chairman has given Dunedin Mayor Dave Cull hope political pressure is being applied to keep jobs at Invermay.

Otago community leaders have ''fair questions'' on AgResearch's proposal to shift 85 jobs from Invermay, deputy prime minister Bill English says.
Dunedin Mayor Dave Cull has hit back at the Otago Chamber of Commerce as being ''stuck in a smokestack industry time warp''.

Dunedin Mayor Dave Cull says regional development and the threat to Invermay did not come up when he shook Prime Minister John Key's hand yesterday.

Dunedin Mayor Dave Cull yesterday thanked the Otago Museum and everyone else who had helped deliver a ''new lease of life'' for the redeveloped former Dunedin North post office.

The Office of the Ombudsman is to investigate the Dunedin City Council's refusal to reveal the contents of Mayor Dave Cull's email exchange discussing the Dalai Lama.

Dunedin Mayor Dave Cull has apologised for his ''slight'' against the Dalai Lama, but will not explain an email exchange that may shed light on his decision to sidestep the spiritual leader's visit.

A local body mayor took the plunge and soaked his local body but not the mayoral chains at the annual Polar Plunge yesterday.
The Government will face a united front from New Zealand councils "bemused" by planned changes to the local government sector, Dunedin Mayor Dave Cull says. His comments came as mayors and council chief executives from around the South Island gathered in Dunedin for yesterday's Local Government New Zealand zone five and six meeting.

Every man, woman and child in Dunedin will owe $2732 when Dunedin City Council debt peaks at a gross figure of $344 million.

Dunedin Mayor Dave Cull has welcomed news ratepayers and other creditors together owed $2.35 million by the Otago Rugby Football Union could yet get some of their money back.