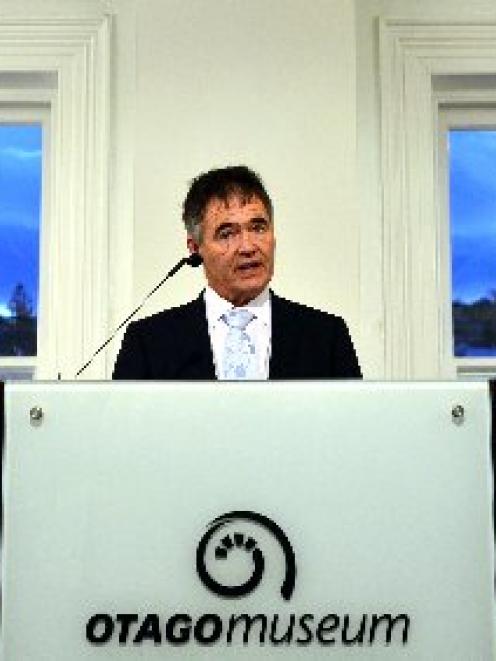 He was commenting during a function to mark the reopening of this ''heritage treasure'', which has been renamed the Otago Museum H D Skinner Annex, in honour of Dr Skinner, a former leading Otago Museum director (1937-57).

Mr Cull said the bluestone and Oamaru stone building was a small structure with a big history, having operated as a post office from 1879 until 1970.

Former Dunedin artist Shona McFarlane had then led a community campaign to save the building from threatened demolition.

Ownership had been transferred from central government to the Dunedin City Council and it had been a ''no-brainer'' when the council had subsequently opted to support a proposal from the museum for reuse of the building, after the Otago Art Society left in 2007, he said.

Otago Museum Trust Board chairman Graham Crombie congratulated everyone involved in achieving a ''fantastic'' outcome, which had included the completion of the building's $1.6 million redevelopment, and the opening of the first exhibition to be displayed at the redeveloped annex.

This display, titled ''Heritage Lost and Found: Our Changing Cityscape'', had been developed in partnership with the Otago-Southland area office of the New Zealand Historic Places Trust.