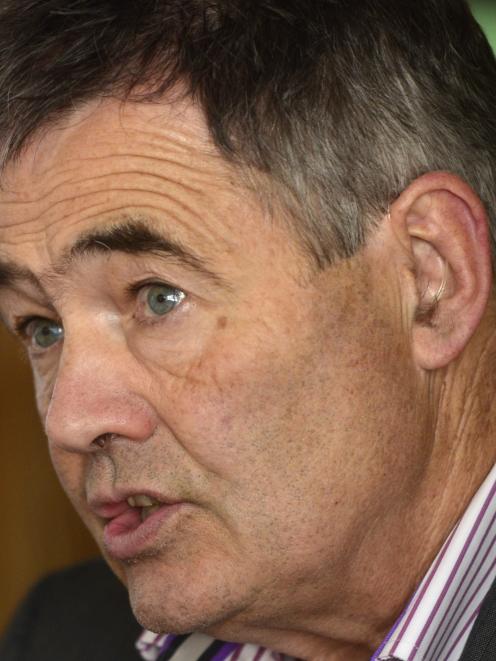 Dave Cull
Dunedin Mayor Dave Cull has apologised for his ''slight'' against the Dalai Lama, but will not explain an email exchange that may shed light on his decision to sidestep the spiritual leader's visit.

Mr Cull issued a statement yesterday apologising for his earlier comments, which he said had characterised the Dalai Lama as ''the leader of a minority sect''.

''While I understood I was speaking about the Dunedin context, that is no excuse for what was a dismissive and unnecessary slight.

''I sincerely regret my remarks and any offence to anyone including His Holiness and the Buddhist community both here and elsewhere,'' Mr Cull's statement read.

''We believe it was a noble act on behalf of the mayor, and we respect him for it.''

However, Mr Cull yesterday refused to discuss an email exchange he had with Ministry of Foreign Affairs and Trade staff about the Dalai Lama and China. The exchange took place on March 28, when Mfat staff responded to a request from Mr Cull, an Mfat spokesman confirmed yesterday.

The exchange was revealed by an Official Information Act request by the Otago Daily Times, but Mfat staff would not release a copy yesterday.

To do so ''would likely prejudice the international relations of the Government of New Zealand'', the spokesman said.

Earlier this week, Mr Cull denied receiving any outside advice on the Dalai Lama's visit from China, Chinese officials or anything similar.

Mr Cull would not discuss the emails yesterday, initially saying he had not seen the information released by Mfat.

After being emailed a copy, Mr Cull said it would be ''remiss and inappropriate'' of him to discuss it.

The fallout began after comments made by Mr Cull on Monday, while defending a decision not to introduce the Dalai Lama at next month's public talk in Dunedin.

Mr Cull said he was unavailable because of a meeting in Wellington, but also questioned the benefit of engaging with ''the representative of a minority religious faith''.

The comment prompted angry criticism, a protest by four members of Dunedin's Buddhist community, and plans for a larger rally tomorrow.

Mr Cull also said at the time he was ''very conscious'' of China's views, but had not been swayed by any threat to Dunedin's economic interests in Shanghai.

Mr Cameron did not want to comment on the email exchange, saying he considered Mr Cull's apology ''the end of the matter for us''.