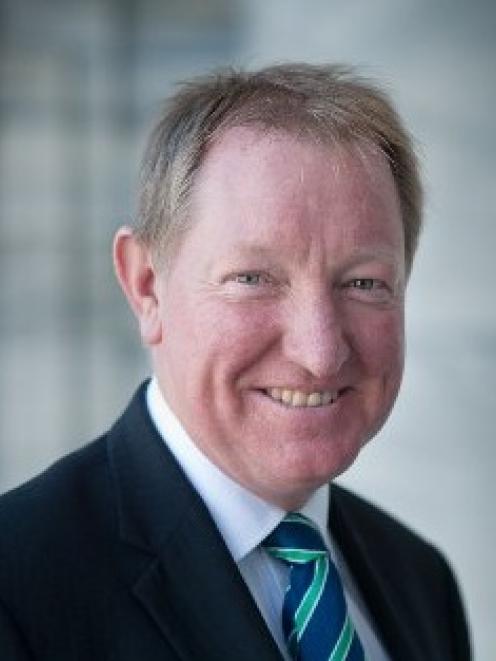 Nick Smith
Every man, woman and child in Dunedin will owe $2732 when Dunedin City Council debt peaks at a gross figure of $344 million.

If council company debt is added, the figure rises to $602 million, and the figure per capita to $4778.

Figures in this year's annual plan and six-month company reports, both of which have reached the council table recently, show a level of debt that has been widely forecast.

The issue has hit national headlines over the past few weeks, after slowly building as a concern in the past few years.

The Government is understood to be considering wide-ranging reform of local authorities to restrict council activities, ability to borrow, and ability to keep increasing rates.

Local Government Minister Nick Smith has indicated radical change is on the agenda.

He has argued rates have become the biggest upward pressure on the consumer price index, and noted that in the past decade council debt had risen from $1.8 billion to more than $7 billion.

But Local Government New Zealand governance manager Mike Reid, in the national local government organisation's most recent newsletter, said it was a "myth" that local government spending was out of control.

Local government expenditure had remained a relatively consistent proportion of gross domestic product, at between 3% and 4% for the past six years.

Pressure on infrastructure, such as water and roads, had caused councils to increase spending.

Dunedin Mayor Dave Cull yesterday said Dr Smith had not been communicating with LGNZ since a recent article in the Listener.

There were "contradictions" in his approach, as the Government was "constantly off-loading" responsibilities on local government, but not providing funding, leaving councils reliant on raising rates.

The Government provided $15 million for the stadium, but Dr Smith has been suggesting councils stick to "core activities".

In Dunedin, debt has been the cause of debate since the council embarked on upgrades of water, sewerage, the Dunedin Centre and town hall, spending more than $100 million on the Tahuna sewerage upgrade and more than $140 million on the Forsyth Barr Stadium.

In a recent article in the Sunday Star Times, Dunedin came in the top third - 14th in a list of 69 councils, with a figure of $1920 debt per capita.

Council finance and resources general manager Athol Stephens said those figures were based on the councils' finances in 2010.

At that time, Dunedin's debt - not including company debt - was $240 million.

Where on the "per capita" table Dunedin stood in 2012 was anyone's guess, but it was likely all councils had increased their debt since then.

If the other councils had stayed the same, Dunedin would have moved to seventh spot of the 69.

Mr Stephens made his per capita estimate by dividing the maximum council gross debt of $344 million by 126,000, the latest estimate from Statistics New Zealand of Dunedin's population.

On the level of debt ratepayers really owe, Mr Stephens said they were responsible for paying the $344 million through rates, though that was backed up by company dividends, revenues from commercial properties like Wall Street, and user charges.

The company borrowings were the responsibility of the companies. Lines company Aurora, for instance, paid its loans by selling electricity, City Forests by selling logs, and Delta by completing the contracts it won.

If people wanted to be "pedantic", it could be said they paid for Aurora though lines charges, he said.

Dunedin City Holdings Ltd chairman Denham Shale said no problems had been identified in terms of debt since he took over late last year. No companies were in arrears or showing they were in difficulty.

But a review of the "health" of the companies was still under way, and debt would be a part of what was being considered.

"We haven't finished that yet," Mr Shale said.

Stadium debt
Between $140 million and $150 million.
To be transferred to council company Dunedin Venues Ltd.

Timeframe for paying back debt: 40 years.